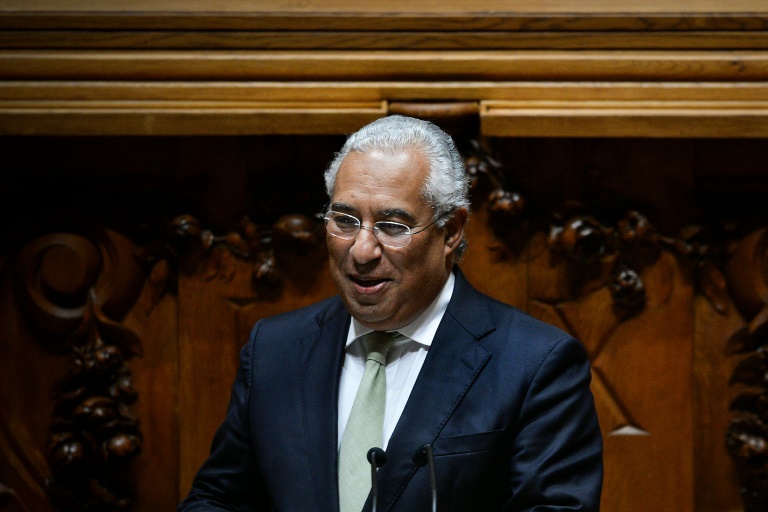 A left-wing opposition alliance in Portugal toppled the country’s minority conservative government in a parliamentary vote on Tuesday, less than two weeks after it was sworn in.

The newly-formed bloc comprising the Socialist Party, Communists and their allies voted for a motion rejecting the government’s programme, in a move likely to spook investors and markets as the country still recovers from an economic crisis.

The move brings an automatic end to the government of Prime Minister Pedro Passos Coelho, whose centre-right coalition won the most votes in last month’s elections but lost the absolute majority it had enjoyed since 2011.

His second government is the shortest-lived since Portugal returned to democracy in 1974.

“It is possible to turn the page of austerity in the eurozone,” the head of the Socialist Party, Antonio Costa, 54, said after the vote.

Together, the Socialists, the Communists and the Left Bloc — which is close to Greece’s ruling Syriza party — hold a majority in parliament, 122 seats out of 230.

Their alliance is the first of its kind since the birth of a democratic Portugal in 1974, and had seemed unimaginable just weeks ago due to differences between the various leftist groups.

It is the first time that the three parties have put aside their differences and agreed to form a government.

The full details of the pact between the left-wing parties are not yet public, but their plans include giving back government workers pay that was cut and restoring four public holidays that were scrapped to boost productivity.

Passos Coelho, 51, accused the newly-formed bloc ahead of the vote of wanting to push through a “short-term and unrealistic programme” which “would be viewed as a threat” to the country’s economic recovery.

“The Socialist Party has made a radical choice, preferring to team up with minorities which they have always fought,” he added after the vote.

President Anibal Cavaco Silva, a conservative who belongs to Passos Coelho’s Social Democratic Party, will now have to decide who will lead the country.

He can hand the reins to Costa and his left-wing allies or he could appoint a caretaker government which would have consitutional power to pass only short-term emergency legislation until a new election could be held.

Under Portugal’s constitution the president may not dissolve parliament in its first six months.

Costa has been seeking to reassure investors and Portugal’s eurozone partners that a Socialist-led government would not be headed for a Greece-style clash with creditors.

He has repeatedly said that any Socialist-led government would respect Portugal’s international commitments.

Unlike in Greece, where the far-left Syriza party leads the government, Portugal’s Communists and the Syriza-allied Left Bloc would play a supporting role to the traditionally mainstream PS.

“A PS government will not seek confrontation with the European Union. It will try to convince Brussels to not adopt a hard line in case there is a budget slippage,” political scientist Antonio Costa Pinto told AFP.

“A Socialist Party government will be obliged to respect commitments between Portugal and Brussels.”

But investors appeared nervous, with Lisbon’s stock exchange closed down 0.30 percent on Tuesday before the result of the vote was known, after closing down 4.05 percent on Monday.

Yields on the country’s benchmark 10-year bond rose 15 basis points to 2.84 percent, compared to 2.29 percent before the elections.

The divisions inside parliament were reflected in the streets outside.

About 5,000 left-wing supporters rallied outside of the assembly in favour of a new Socialist-led government while about 2,000 conservative voter protested against the move to topple the government.