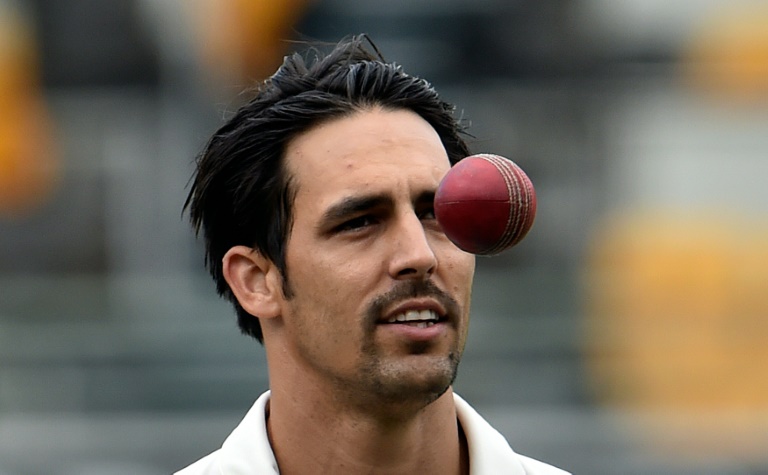 Mitchell Johnson’s fearsome reputation on what has been termed the fastest pitch on the planet looms as a big threat to New Zealand chasing a series-levelling win in Friday’s second Test in Perth.

Johnson ranks second only to Glenn McGrath (52) for most wickets taken at the pacey WACA ground and along with fellow left-arm quick Mitchell Starc represents a hostile new-ball attack for the Australians.

WACA groundskeeper Matt Page is promising a pitch conducive for the speedsters and given New Zealand’s indifferent bowling performance in Brisbane, where they leaked 820 runs for just eight wickets, it spells trouble for the Kiwis.

“There will be some pace and bounce for the quick guys, absolutely. We’ll see a result,” Page told reporters this week.

Johnson has taken 42 wickets at an average of 20.19 in his six Test matches at the WACA, with his finest moment coming in 2008 when he snared a career-best eight for 61 against South Africa.

Smith, who is fast putting his stamp on the Australian team he inherited this year from Michael Clarke, is demanding more from his quick despite the Brisbane mauling, which was spearheaded by twin centuries from man of the match David Warner.

“I thought our new ball bowling needs a bit of improvement. I thought we bowled a little bit too short,” Smith said.

“I think that is going to be important for us leading into Perth, which are probably going to be similar conditions.”

The WACA pitch still has to be assessed but both sides may be tempted to go with four pacemen, although off-spinner Nathan Lyon is a key member of the Australian attack.

The Kiwis will have to make a decision on the availability of pace spearhead Tim Southee, who bowled only in the first innings in Brisbane because of back problems.

“We’ll give him every chance. He’s one of our leaders, an outstanding bowler and he showed in the first innings he will pose a lot of questions for them.”

Neil Wagner, who was called up as cover for Southee, is confident the tourists can do some intimidating of their own.

“Definitely. I think our attack is up there with the best in the world,” Wagner said.

“If we can be more consistent for long periods of time, we’ll definitely show that.”

New Zealand, who won in Perth to claim their last Test series in Australia 30 years ago, must beat the home side to take the series to a decider at the historic first day-night Test in Adelaide, starting on November 27.

“We’ve shown over a long period that we’re able to bounce back away from home,” McCullum said.

“You’re always disappointed when you lose a Test match, especially when you’ve got high hopes coming into it.

“But we won’t lose heart. We know we’ve got a good side and skilled players and our style, when we’re able to get the ascendancy, works for us.

“We’ll head there with high hopes and we’ll be better for the run in this Test match. The beauty is it’s a three-match series and we’ve still got an opportunity to win it.”

Temperatures are expected to reach 37 Celsius (99F) during the second Test and the WACA has produced a result in each of its past eight Tests, with Australia winning five of those contests, including a 150-run win over England in 2013.