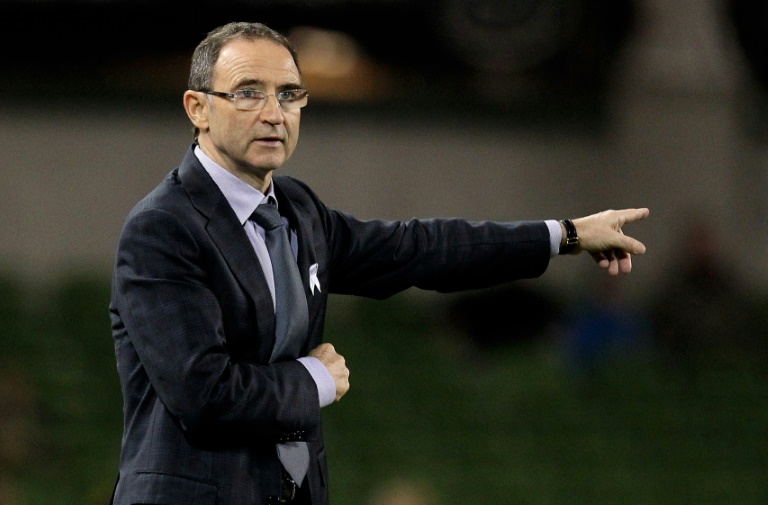 A diminished Republic of Ireland hope to emerge from the first leg of their Euro 2016 qualifying play-off away to Bosnia-Herzegovina on Friday with their chances of reaching the finals still intact.

Martin O’Neill’s side go to Zenica before hosting the Bosnians in Dublin on Monday with a place in France next summer up for grabs, but with suspensions and injuries giving the Irish manager plenty to think about.

“Make no mistake about it, the games will be difficult, but you wouldn’t be expecting any sort of walkover in play-off games,” said O’Neill, who must do without the suspended Jonathan Walters and John O’Shea and injured goalkeeper Shay Given.

However, O’Neill added: “The momentum swinging towards them doesn’t bother me, it genuinely doesn’t bother me. We have got ourselves into this position and we don’t want to throw it away lightly.

“We have earned the right to be there, particularly with our results against the world champions, and we have accumulated the points. We are pleased to be here.”

While Ireland finished third behind Germany and Poland in qualifying Group D, Bosnia came in behind Wales and Belgium in Group B.

And along with that quality comes experience of these occasions, albeit the memories are not happy — Bosnia lost to Portugal in play-offs for the 2010 World Cup and Euro 2012.

Scandinavian rivals Sweden and Denmark meet in the first leg of their tie in Solna, just outside Stockholm, on Saturday.

The two nations, linked by the Oresund Bridge spanning the water from Copenhagen to Malmo, have plenty of previous in the European Championship.

Denmark won Euro ’92 in Sweden, but only after losing to the hosts in the group stage, while a 2-2 draw between the sides at Euro 2004 in Portugal took them through to the quarter-finals at Italy’s expense.

Then there was the Euro 2008 qualifier in Copenhagen in 2007 that was abandoned after a Danish supporter ran on to the pitch and attacked the German referee who had just awarded Sweden a penalty and sent off Denmark’s Christian Poulsen for a punch on Markus Rosenberg.

With Zlatan Ibrahimovic fresh from winning Sweden’s Golden Ball award and having scored nine goals in six league games for Paris Saint-Germain, Erik Hamren’s side will be hopeful of taking a lead into the return.

Denmark will be without Hannover midfielder Leon Andreasen after he cut his hand with a knife opening a parcel and needed an operation.

“It pleases me that we get the opportunity to decide it all at home,” said Danish coach Morten Olsen after the draw was made.

Hungary had been poised to qualify automatically as the best third-placed team until a late Turkey goal in the 89th minute of their final match took them through instead.

That was agonising for a country with a rich footballing history but which has not been to a major tournament since the 1986 World Cup.

However, Hungary, coached by German Bernd Storck, have another chance to progress as they face Norway over two legs, with the first game in Oslo on Thursday.

“We feel we know Hungary well, and know what to expect,” said confident Norway coach Per-Mathias Hogmo after naming his squad.

The other tie sees Ukraine host Slovenia in Lviv on Saturday before the return in Maribor next Tuesday.

Ukraine have been described as a “technically sophisticated and robust team” by Slovenia coach Srecko Katanec, but they do not retain happy memories of qualifying play-offs.

Beaten by Slovenia in a play-off for Euro 2000, Ukraine also suffered an agonising defeat to France in a two-legged tie for a place at the 2014 World Cup.

The four play-off winners will join the 19 other qualified nations and the hosts France in the finals draw in Paris on December 12.