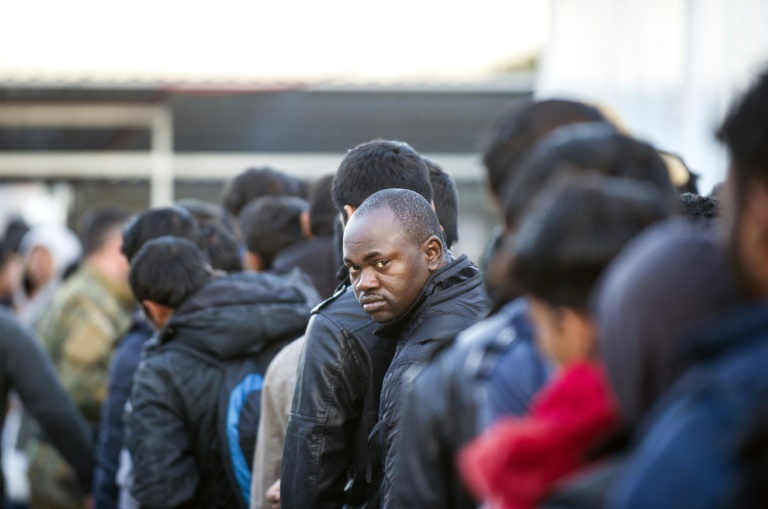 Europe’s leaders will offer Africa up to 3.6 billion euros ($3.8 billion) in aid at a summit in Malta on Wednesday in exchange for help tackling the migration crisis rocking Europe.

The rare gathering of around 50 leaders from the two continents is the newest prong in the European Union’s strategy to deal with the biggest flow of refugees and migrants since World War II.

The money is meant to persuade African leaders to take back more economic migrants from the EU, with many African countries reluctant to lose the billions of dollars in remittances sent by people working abroad.

“That is why this week’s summit in Valletta is so important,” Avramopoulos told reporters on Monday.

As a carrot, the European Commission, the 28-nation EU’s executive arm, is setting up a 1.8-billion-euro “trust fund” for Africa and has urged member states to match that sum — although European sources said it was not sure that they would.

The money would go towards tackling the root causes of migration like poverty and armed conflict.

Progress on the main thrust of the EU’s current migrant strategy — fostering cooperation with Turkey — will be discussed when EU leaders meet without the Africans on Thursday in Valetta.

But tensions with Ankara have undermined efforts to get it to crack down on the huge numbers leaving its shores.

The migration crisis shows no sign of abating as winter approaches, with EU member Slovenia on Tuesday outlining plans to build “obstacles” potentially including fences on its border with Croatia to stem the flow of migrants.

After Hungary sealed its borders last month, Slovenia found itself on the main Balkans route for the thousands of migrants who are landing in Greece every day after braving the short but dangerous sea crossing from Turkey.

The EU-Africa summit was first called months ago when the Mediterranean route from a lawless Libya was still the main springboard for migrants travelling to the EU in battered fishing boats and flimsy dinghies.

But the EU wants to keep a focus on migration from Africa because, as one diplomat said, it is a “long-term problem.”

Eritreans make up the bulk of nearly 140,000 migrants who arrived in Italy from Africa by sea in 2015, along with 18,000 Nigerians and 8,000 Sudanese, according to International Organization for Migration figures.

However a senior EU official told reporters Monday that African officials still wanted to redraft proposals for the return and readmission of migrants.

“They want us to insist more on voluntary returns than other kinds,” he said on condition of anonymity.

Amnesty International raised fears that the summit would reinforce the idea of a “Fortress Europe”.

“The EU is looking for an externalisation of its migration problem. This can lead to an outsourcing of human rights abuses and is quite worrying,” Iverna McGowan, Director of the Amnesty International European Institutions Office, told AFP.

But Ozonnia Ojielo, a top UN Development Programme official based in Addis Ababa, told AFP that the two sides were engaging in a mutually respectful dialogue “recognising also that the rights of migrants and refugees should be fully protected.”

Invited to the meeting are leaders from more than 30 African countries, including Libya as well as Eritrea, Ethiopia, Somalia, South Sudan and Sudan, the sources of many people fleeing conflict and repression.

Also due to attend are the leaders of Chad, Cameroon, Niger, and Nigeria in the drought-stricken Lake Chad basin, where 2.5 million people have been displaced by abject poverty and the Boko Haram Islamist militant movement.