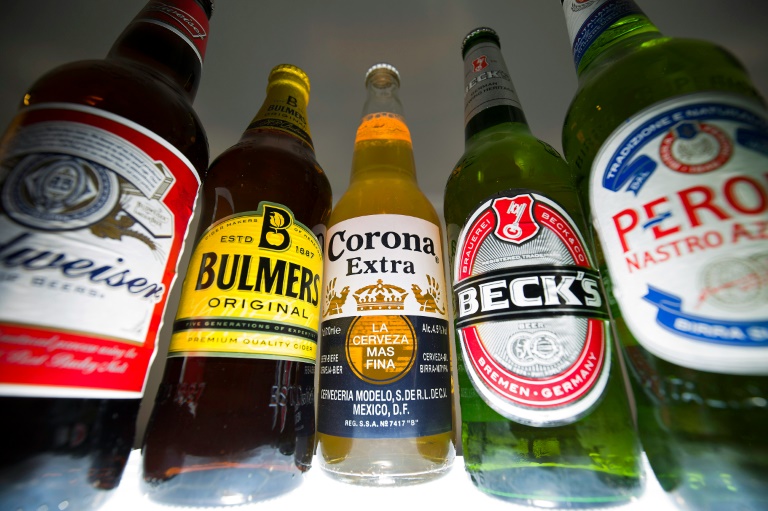 The world’s biggest brewer Anheuser-Busch InBev said Wednesday it has reached a formal agreement on a mega-takeover of its nearest rival, Britain’s SABMiller, for $121 billion (112 billion euros) including debt.

After a long-running saga, the giant behind top lager brands like Beck’s, Budweiser and Stella Artois has finally agreed on the terms to buy the London-listed maker of Foster’s, Miller Genuine Draft and Peroni, the pair said in a statement.

InBev will pay Â£44 per share for SABMiller, which has also agreed to sell its stake in US unit MillerCoors for $12 billion to Molson Coors as part of the deal, in a move aimed at winning regulatory approval.

“The boards of Anheuser-Busch InBev and SABMiller are pleased to announce that they have reached agreement on the terms of a recommended acquisition of the entire issued and to be issued share capital of SABMiller by AB InBev,” the statement read.

The transaction is expected to complete in the second half of 2016, subject to shareholder and regulatory approvals.

The blockbuster deal is the world’s third biggest takeover in corporate history, according to financial information provider Dealogic, and is also the largest ever takeover of a British firm.

InBev, which also brews Hoegaarden and Leffe beers, added that the takeover will “create a truly global brewer, drawing on a similar heritage and shared passion for brewing and commitment to quality”.

The transaction will also “strengthen AB InBev’s position in key emerging regions with strong growth prospects such as Asia, Central and South America, and Africa”, it said.

The two brewing giants had already agreed in principle last month on the Â£44-per-share deal that will see Belgian-Brazilian behemoth AB InBev swallow its closest rival.

InBev is eager to tap into booming markets in Africa and China, where SABMiller’s joint venture produces Snow — the world’s best selling beer by volume.

The brewing industry is also facing fierce pressure to consolidate, amid increasing demand for so-called craft beers that are brewed by smaller independent firms.