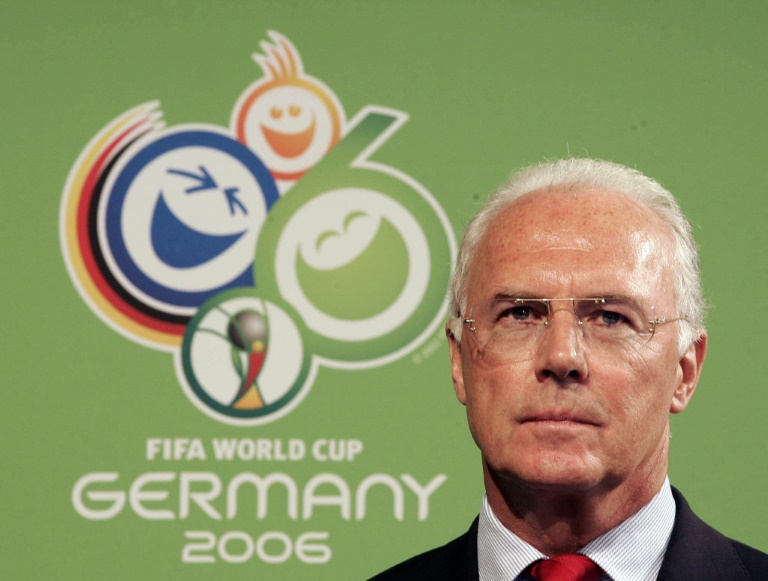 Bayern Munich will stand by honorary club president Franz Beckenbauer amid calls for the embattled German legend to explain his part in the 2006 World Cup scandal, chairman Karl-Heinz Rummenigge said.

Beckenbauer, 70, headed up Germany’s organising committee for the 2006 World Cup finals, the awarding of which has become the subject of a police investigation here after magazine Spiegel made allegations that FIFA votes were bought in 2000.

‘The Kaiser’ has remained silent even after Wolfgang Niersbach resigned as president of the German Football Association (DFB) on Monday and took “political responsibility” for the scandal.

On Tuesday, the DFB confirmed reports of a draft agreement, signed in part by Beckenbauer, which daily Bild claims was aimed at buying “votes for the German bid” in July 2000 — just four days before Germany was awarded the 2006 World Cup.

But Rummenigge says the current German league leaders will stand by his former Bayern and West Germany team-mate Beckenbauer, who captained his country to the 1974 World Cup title and coached the triumphant 1990 team.

“I’m not an insider in this not-very-nice story, but Franz Beckenbauer was my coach, my captain, my president,” said Rummenigge.

“He has done outstanding things for Bayern and when a friend is in trouble, you have to stand by his side.

“And that is what we will do at Bayern Munich.

“I understand that the DFB have a huge interest at the moment in getting to the bottom of the whole thing, but I would like to see a little more sensitivity shown in the handling of Franz Beckenbauer.

“I believe the DFB has a lot to thank Franz Beckenbauer for, when I think of the World Cups he has won.”

Beckenbauer became honorary president of Bayern Munich in 2009 having been club president from 1994 and he made more than 400 Bundesliga appearances for the Bavarian giants between 1964-77.