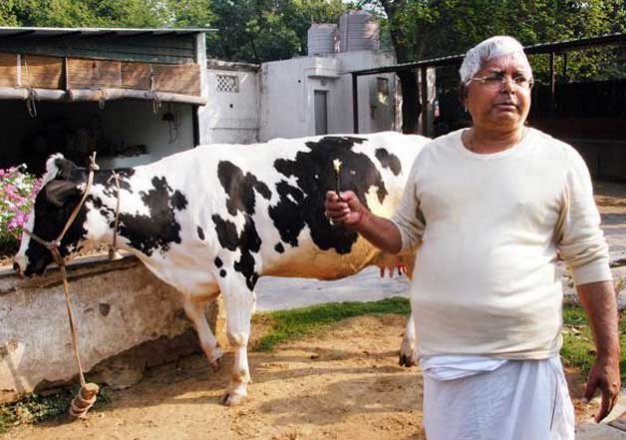 Bihar has had a proud history of moulding India’s political landscape; from the inception of democracy at Vaishali, to the advent of Mahatma Gandhi’s ‘Satyagraha’ movement in Motihari, to Jayaprakash Narayan’s call for ‘Total Revolution’ from Gandhi Maidan in Patna, to the abrupt end to L K Advani’s ‘Rath Yatra’ in Samastipur at the behest of Lalu Prasad Yadav, Bihar’s role has been omnipresent.

Likewise, the recently concluded Assembly Elections might mark the genesis of a robust ‘Third Front’, which can provide much-needed opposition to the runaway BJP-led NDA government at the center.

The combination of Nitish Kumar’s JDU, Lalu Yadav’s RJD and Congress (well, whatever remains) ended up bagging a whopping 178 out of 243 seats, relegating the combine of NDA+ to a partly 58 seats.

The results not only paved way for an incumbent Nitish Kumar to lay stake as CM of Bihar for the 5th time, but also marked the re-birth of Lalu as a political heavyweight in the hinterlands of North India.

Congress, slowly but steadily, gained much needed ground whilst BJP suffered a colossal jolt of sorts.

Here are few takeaways for the different stakeholders from the grandest political battle of 2015:

Right from questioning the Bihari DNA, to reinvigorating the trivial provision of reservation, to rallying behind beef lynching and cow slaughter, to bursting crackers in Pakistan, to being caught in the ‘Bihari vs. Bahari’ war cry, it got its poll strategy horribly wrong. 30+ rallies by a PM were logically uncalled for.

PM Modi added further insult to injury by turning himself into an EBC and completely shunning the development pitch which had handed him a landslide win in 2014. Rise in pulse prices and intolerance caused as much damage as lack of local leadership in Bihar, and total neglect of the available one’s, did.

With 1.5 years of his tenure already through, and given that the last year typically passes by in preparation for the next general elections, Modi has 2.5 odd years to get his act together and deliver on the lofty promises. He must also let go of the ‘campaigner extraordinaire’ mode and leave it to others.

It is also imperative for him to keep a check on not just RSS, but all those using his name and trying all sorts of gimmicks to propel tension on religious lines. The time to outgrow such evil practices is now.

The good’ol adage, ‘Rome Pope ka, Madhepura Gope ka’ (what Pope is to Vatican, Yadav’ are to large chunks of Bihar), holds true in the 21st century, and how! After having a decade in exile at the state level, Lalu’s RJD emerged as the single-largest party, post the month long festival that was the Bihar elections.

Fears of ‘Jungle Raj 2’ were smartly turned into ‘Mandal Raj 2’, which worked in his favour. Traditionally, he was seen as a messiah of the backwards, and he re-invoked such casteist feelings to his advantage.

Since he’s barred from active politics, technically he can’t challenge Nitish Kumar for the CM’s post. That said, there’s a lot he can do in terms of day-to-day functioning of the new look Mahagathbandhan govt.

Having served as an efficient and much lauded Railway Minister during UPA rule, it is hoped that Lalu has evolved. There are few shrewder politicians earning their bread than a confident Lalu Prasad Yadav.

He is devoid of men like Sadhu Yadav, Subhash Yadav, Pappu Yadav, Suraj Bhan Singh, Shahabuddin and the likes, who were key perpetrators of Jungle Raj back in the 90’s. Also, Lalu has an ulterior motive to establish his children (i.e. Misa Bharti, Tej Pratap Yadav and Tejaswi Yadav) in active politics for a foreseeable future. Any moves to hoodwink the alliance might hurt him in the long run as he is latching onto the last straw in a bid to revive his legacy; and also, his bid to establish a national front against BJP.

As it turned out, ‘Sushasan Babu’ had the last laugh. He quite surprisingly and rather characteristically resigned as CM (had also resigned as Railway Minister in the NDA govt. before) taking full blame for the ’14 debacle. A move to promote Jitan Ram Manjhi went grossly haywire and further damaged his credo.

His coming together with Lalu raised many an eyebrow, leaving scores of Biharis skeptical en route. Despite having restored law & order in the state, overseen construction of non-existing roads and much needed bridges, provided rural electrification at a large scale, improved literacy levels substantially (especially amongst girls, for which he was also lauded by the UN), recruited lakhs of teachers to run defunct govt. schools and revamped primary healthcare, Nitish was probed for patching up with Lalu.

In his defense, he has firmly outlined that the new govt. will continue to function on the twin pillars of development and good governance. He must also focus on the upliftment of over 40% population lying below the poverty line as most of Bihar is still stuck in 19th century, struggling to meet the basic needs.

Ensuring that law & order remains intact, establishment of industries and job opportunities for youth, through refurbishing of the education and health sectors, law to help the farmers consolidate their land holdings and engage in latest agricultural techniques, a solution to the Kosi crisis, must top his to-do list.

For India to reach double-digit growth, it is vital for Bihar to catch up on all key social and growth parameters with roughly ~10% of India’s population. Bihar has opted for the devil it knew i.e. Lalu (in tandem with Nitish), and strongly rejected the divisive politics of communalism. Here’s hoping that the long-lost custodians of JP Movement, can rekindle another movement of growth and prosperity in Bihar.

A George Orwell quote aptly captures the overall mood of the Bihar elections:

It was only befitting that a cowherd tamed the cow!

(The author is a freelance columnist on topics like sports, politics, travel, business and lifestyle. He tweets @trulytazz)