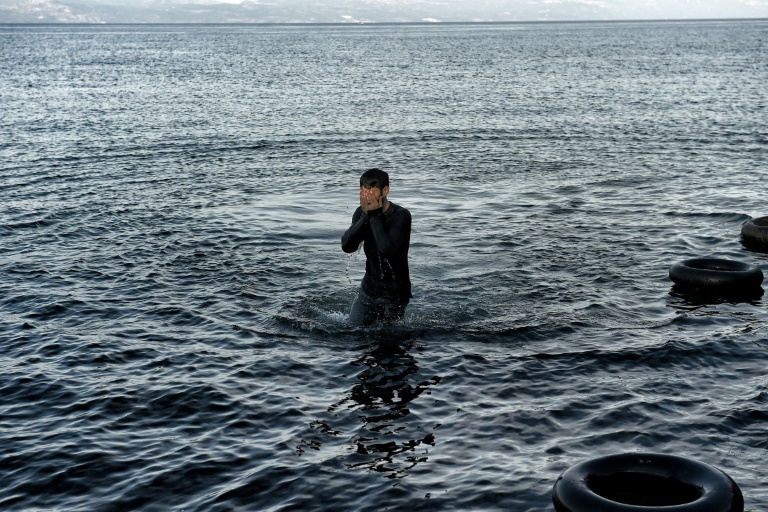 At least 14 people, including seven children, drowned on Wednesday when a migrant boat sank off Turkey’s Aegean coast while trying to reach Greece, local media reported, the latest fatalities in Europe’s refugee crisis.

The Turkish coastguard recovered the bodies from the wooden boat which was heading from the province of Canakkale to the Greek island of Lesbos, Dogan news agency said, adding that 27 people were rescued.

The survivors, among them a pregnant woman, were in good condition, Dogan said.

There was no immediate information on their nationalities.

Coastguard workers backed by helicopters were still continuing a search for those unaccounted for, Dogan said.

There has been a sharp spike in the numbers of migrants and refugees fleeing war and misery in the Middle East, Asia and Africa setting out from Turkey for the European Union.

Turkey has surpassed North Africa as the main launching point for migrants heading to Europe, and currently hosts more than 2.2 million refugees from the war in neighbouring Syria.

The picture of three-year-old Syrian refugee Aylan Kurdi, whose body was found washed up on a Turkish beach in September after a failed attempt to reach Greece, horrified the world, pressuring European leaders to step up their response to the refugee crisis.