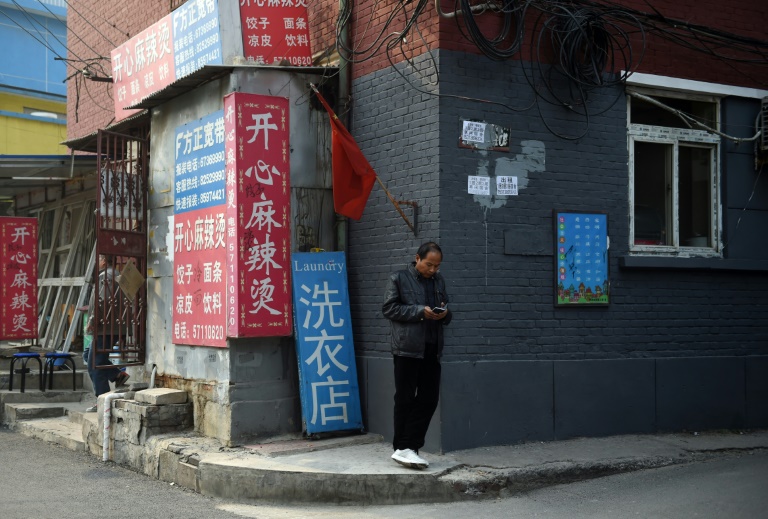 China’s consumer price inflation fell to a five-month low in October, the government said Tuesday, in another sign of weak demand in the world’s second-largest economy.

China is a key driver of global growth but expansion slowed to its lowest rate in nearly a quarter of a century in 2014 and has continued to weaken this year.

A year-on-year rise of 1.3 percent in the consumer price index (CPI) — a main gauge of inflation — released by the National Bureau of Statistics was the lowest since May and down sharply from 1.6 percent in September.

It was also well below market expectations of 1.5 percent based on a survey of analysts by Bloomberg News.

Moderate inflation can be a boon to consumption as it pushes buyers to act before prices go up, while falling prices encourage shoppers to delay purchases and companies to put off investment, both of which can hurt growth.

“Deflation risks still remain in the economy. We expect deflation pressure will continue to be there,” Claire Huang, China economist at Societe Generale in Hong Kong, told AFP.

Authorities pledged to accelerate reforms at a key Communist Party meeting earlier this month, but analysts warn that more needs to be done to avoid a hard landing for the economy.

The producer price index (PPI), which measures the cost of goods at the factory gate, fell 5.9 percent year-on-year in October, matching the figures for September and August, which represented a six-year low.

Consumer inflation has been at or below 2.0 percent for all of 2015, while the drop in PPI — a leading indicator for CPI — was the 44th consecutive monthly fall.

Gross domestic product increased 7.0 percent in each of the first two quarters and the country logged its worst economic performance since the global financial crisis in the third quarter, with GDP rising just 6.9 percent.

China has faced economic turbulence in recent months as it tries to transition its economy from years of super-charged growth to a more modest pace it has dubbed the “new normal”.

Last week saw the clearest signal yet it would lower its growth targets, with President Xi Jinping saying annual expansion of only 6.5 percent would be enough to meet its goals.

Both domestic and overseas demand have slackened, with official trade data at the weekend showing imports down nearly 19 percent in October, and exports falling almost seven percent.

Last month, China cut interest rates for the seventh time since November last year and trimmed the reserve requirement ratio — the amount of cash banks must keep in reserve — to boost lending, and analysts expect more measures to come.