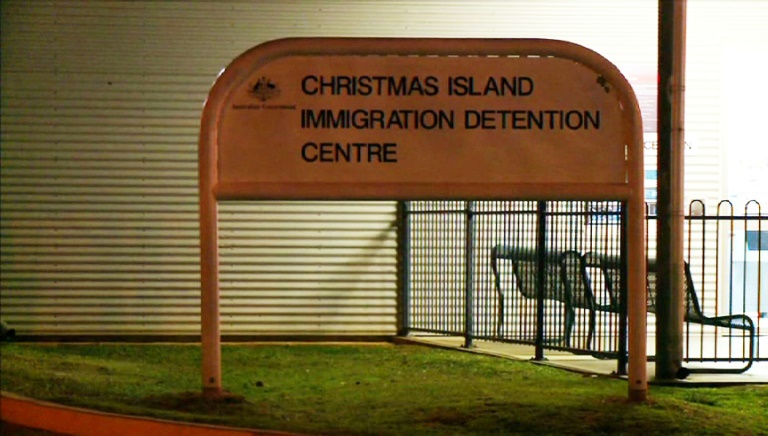 Australian police used tear gas to put down a two-day riot at a migrant detention centre Tuesday, where detainees, reportedly armed with machetes, chainsaws and petrol bombs, were running amok.

Reinforcements were sent to the remote Christmas Island facility after violence erupted and fires were set in a protest triggered late Sunday by the unexplained death of a man.

“The department can confirm all areas of the Christmas Island Immigration Detention Facility are under the full and effective control of service providers and department staff,” the Immigration Department said in a statement.

Five detainees were being treated for non-life threatening injuries, while Immigration Minister Peter Dutton said the damage bill would be well over Aus$1 million (US$700,000).

Police used tear gas and bean-bag rounds — designed to deliver an immobilising but not lethal blow — to subdue rioters.

“Some force was used with a core group of detainees who had built barricades and actively resisted attempts to secure compounds, including threatened use of weapons and improvised weapons,” the department said.

“A full survey of damage to the centre is yet to be completed, but some common areas appear to be severely damaged.”

The disturbance at the Indian Ocean centre began after an escaped asylum-seeker, named in Australian media as Iranian-Kurdish man Fazel Chegeni, was found dead.

Reports said his body was discovered at the base of a cliff. The government has said there were no suspicious circumstances.

Detainees, some of whom are non-resident criminals awaiting deportation, have complained about their treatment at the facility.

One man, New Zealander Tuk Whakatutu, said earlier Tuesday the detainees had retreated into one of the detention centre’s compounds after they were surrounded by police in riot gear.

Whakatutu said most were hoping for a peaceful resolution but a hard-core group of 20 to 30 young men, mainly New Zealanders and Pacific islanders, were “tooled up” and determined to fight.

“I want nothing to do with it but, all the young fellas are gee-d up and all they want to do is go to war with them,” he told Radio New Zealand via telephone, with sirens blaring in the background.

The unrest at Christmas Island came as the United Nations’ top human rights body took Australia to task over hardline policies on asylum-seekers, whom it has pushed back by the boatload and incarcerated in offshore camps.

As well as asylum-seekers, Christmas Island’s facility is also used to hold non-citizens awaiting deportation, including criminals, after Canberra began cancelling visas of those with convictions.

Dutton said there were now 199 men being held at the centre including armed robbers, child sex offenders, rapists, drug convicts and violent offenders, including two locked up for manslaughter.

He said there would be a review of security arrangements following the incident but stressed the melee was confined to the facility, and never breached the perimeter fence.

“There are lessons to be learnt, no doubt,” he said. “If we need to provide additional security, that’s exactly what we’ll do.”