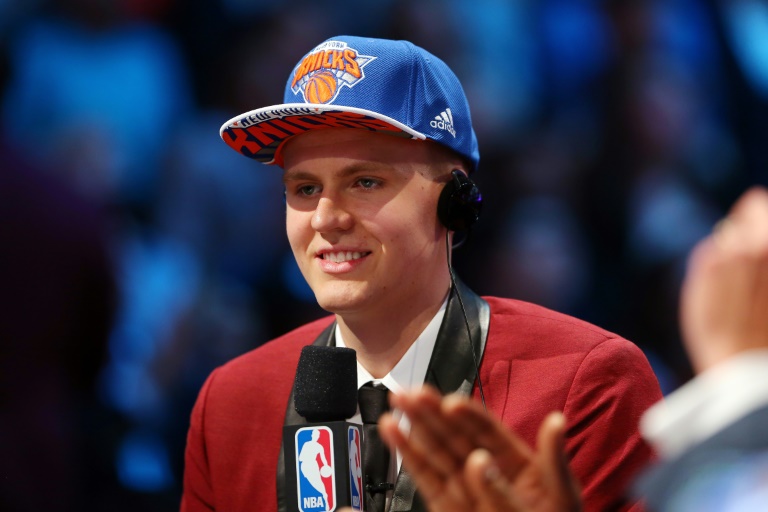 Two weeks into the NBA season, Latvian rookie Kristaps Porzingis has morphed from an NBA draft-day laughing stock to the toast of New York.

And it’s not just beleaguered Knicks fans who are noticing the towering 20-year-old, whose thundering dunks and lively, determined defense have seen him make an instant impact in America.

“We just thought it would take him some time,” Los Angeles Lakers coach Byron Scott admitted in discussing his team’s interest in — and ultimate decision to pass on Porzingis with their second pick in last June’s draft.

The Lakers’ loss was the Knicks, and president Phil Jackson’s gain, although Jackson’s selection of Porzingis with the fourth overall pick was roundly jeered by Knicks fans at the draft in Brooklyn.

Porzingis has won them over not only with his on-court efforts but also with a ready wit and the kind of toughness admired by New York sports fans.

Porzingis went down hard in a November 2 game against the San Antonio Spurs, when teammate Carmelo Anthony went up for a rebound and came down on a diving Porzingis in a frightening collision that left the Latvian splayed out on the court with what was later diagnosed as a strained neck.

He didn’t miss a game — returning to action in time for a first meeting with LeBron James and the Cleveland Cavaliers two days later.

“My long, flexible neck is fine,” Porzingis explained. “That flexibility helped by far.”

Despite his early exit from the game against the Spurs Porzingis emerged with his first NBA double-double of 13 points and 14 rebounds.

While Porzingis says he has a lot to learn — including how to stay out of foul trouble — he says his biggest strength can’t be taught and translates easily to the NBA.

“I have heart,” Porzingis said. “When I go out there it doesn’t really matter if you’re short, tall, skinny. You play your heart out and then you can do whatever you want on the court.”