Home World SeaWorld to do away with killer whale show 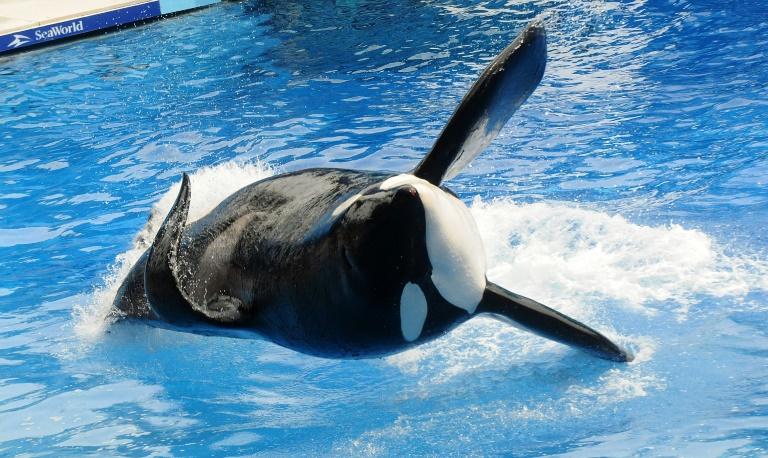 US theme park SeaWorld announced that it planned to phase out its signature killer whale show, which has come under intense criticism in recent years.

The company said the orca show at its second biggest park in San Diego would be replaced in 2017 with a new “informative” attraction in a more natural setting.

“We are not limited to any one animal, to any one show, to any one attraction,” CEO Joel Manby said in making the announcement to investors at an event that was webcast.

“We are listening to our guests, we’re evolving as a company, we’re always changing.”

SeaWorld suffered a backlash and saw attendance plummet at its 11 parks, particularly in California, in the wake of the critically-acclaimed 2013 documentary “Blackfish,” which spotlighted the impact of captivity on orcas.

It has since endeavored to reverse its misfortunes with a new marketing campaign and discount offers.

On Monday, Manby unveiled to investors a five-point plan to boost the company’s image and declining attendance, including building awareness around the brand, bringing in new talent and launching new attractions.

“The issue is we need to break through the noise,” said Jill Kermes, senior corporate affairs officer.

“We need to get the information flow to a net positive.”

But People for the Ethical Treatment of Animals, which has long clashed with the Miami-based marine tourist attraction, said SeaWorld’s announcement on the killer whale show did not go far enough.

Jared Goodman, director of animal law at PETA, said while it was necessary for SeaWorld to end the “tawdry circle-style shows,” the company needed to stop keeping orcas in captivity.

“This move is like no longer whipping lions in a circus act but keeping them locked inside cages for life or no longer beating dogs but never letting them out of crates,” he said.

Last week, California lawmaker Adam Schiff said he planned to introduce a new bill that would phase out the captivity of orcas and prohibit their breeding, measures that would effectively spell the end of SeaWorld’s whale shows.

“The evidence is very strong that the psychological and physical harm done to these magnificent animals far outweighs any benefits reaped from their display,” Schiff said.

“We cannot be responsible stewards of our natural environment and propagate messages about the importance of animal welfare when our behaviors do not reflect our principles.”

He said the bill — the Orca Responsibility and Care Advancement (ORCA) Act — will ensure that this will be the last generation of orcas who live in captivity.

SeaWorld responded by saying that it treated its animals with dignity and that it had not captured a whale in the wild in 35 years.

“While efforts to phase out whales in human care may strike an emotional chord, SeaWorld and other science-based organizations are part of the solution, not the problem,” it said.