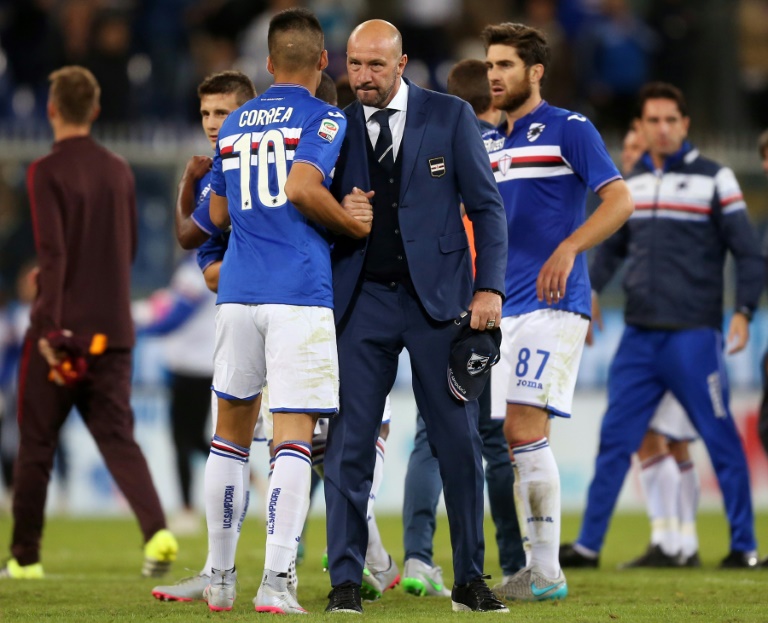 Serie A side Sampdoria have announced the sacking of coach Walter Zenga amid reports former Fiorentina handler Vincenzo Montella will take over at the Luigi Ferraris stadium.

Sampdoria dropped to 10th place in Serie A, 11 points behind leaders Fiorentina, following a 2-0 home defeat by La Viola on Sunday.

It was Samp’s first home defeat of the season and after fans called for Zenga’s sacking at the final whistle, club president Massimo Ferrero obliged on Tuesday.

A club statement said: “Sampdoria announces that Walter Zenga has been relieved of his duties as first team coach.

“President Massimo Ferrero and the club are disappointed this relationship came to an end prematurely and wish Walter Zenga all the very best for the future.”

Zenga’s sacking came after the former Italy goalkeeper, known as L’Uomo Ragno (Spider Man) in his playing days, travelled to Dubai for a short holiday on Monday without telling club officials.

Montella, sacked by Fiorentina at the tail end of last season, is now tipped to take over with reports claiming Ferrero is negotiating with the Florence-based club, with whom Montella still has a contract until 2017.

Zenga’s sacking was the second to come in Serie A Tuesday, during the break for international football, following Palermo’s announcement that Giuseppe Iachini had been sacked and replaced by Davide Ballardini.