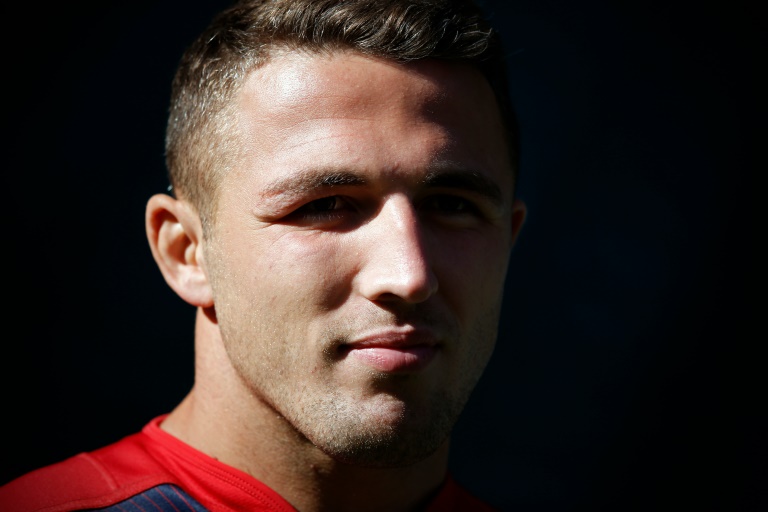 Sam Burgess said “rugby league is in my heart” but hit out at an “agenda” against him as he broke his silence over his rapid return to Australia after his disappointing World Cup.

Burgess, in a column for Britain’s Daily Mail, said personal reasons were behind his return to the South Sydney Rabbitohs in Australia’s National Rugby League, barely a year after crossing codes to play union at Bath.

The 26-year-old Englishman said he wants to start a family with his Australian fiancee, Phoebe Hook, in Sydney, where his brothers George and Thomas play for the Rabbitohs and his mother teaches at a boys’ school.

“I wanted to spend the rest of my career playing the game thatâ€™s in my heart,” said Burgess, detailing the reasons behind his decision for the first time.

“Rugby league is in my heart. Iâ€™m looking forward to getting back to Sydney, where Iâ€™ll be with my family and playing for the Rabbitohs alongside my brothers again.”

Last week it was confirmed Burgess, the man-of-the-match for the “Bunnies” in their 2014 NRL Grand Final triumph, was heading back to Sydney.

Burgess quit the Rabbitohs, co-owned by Oscar-winning actor Russell Crowe, for Bath in a bid to become a member of England’s rugby union World Cup squad.

He achieved that aim while playing two different positions, with Bath seeing him as a back-row forward and England an inside centre.

The saga attracted controversy as Burgess was rushed into the World Cup squad by England but then failed to fire as they became the first hosts to exit at the pool stage.

His move back to Australia has piled yet more pressure on under-fire England coach Stuart Lancaster, who was criticised for his handling of the star player.

“I think a lot of people outside the England camp had an agenda against both England and in some circumstances, me,” said Burgess.

“No matter what I did, I always felt that I was fighting a losing battle.

“I felt like certain people didn’t want England and Stuart Lancaster to succeed…. I feel for him. It doesnâ€™t look great in the situation as it is now, but he had no clue about this and had never promised me anything.”

Burgess won the first of his five England caps in a World Cup warm-up in August but made only one start in the tournament proper.

He denied he was taking the easy route by opting out of union, and said his decision was prompted by considering his long-term future.

“Everyone is saying Iâ€™ve taken the easy option but it would have been easier to stay and play on in union,” said Burgess.

“I could have just kept playing at six (blindside flanker) for Bath, but I believe it would have taken about 18 months for me to break into the England team in that position — and my contract is up in about 18 months.”

He added: “Away from rugby, I had to weigh up, long-term, whether I wanted to be in England. My fiancee and I are hoping to start a family in the next year or two and it would be great to have our kids in Sydney where their grandparents will be around to help out.”

“I donâ€™t have any regrets about playing union…. But at the end of the day, the game just didnâ€™t give me as much enjoyment as rugby league gives me,” Burgess said.