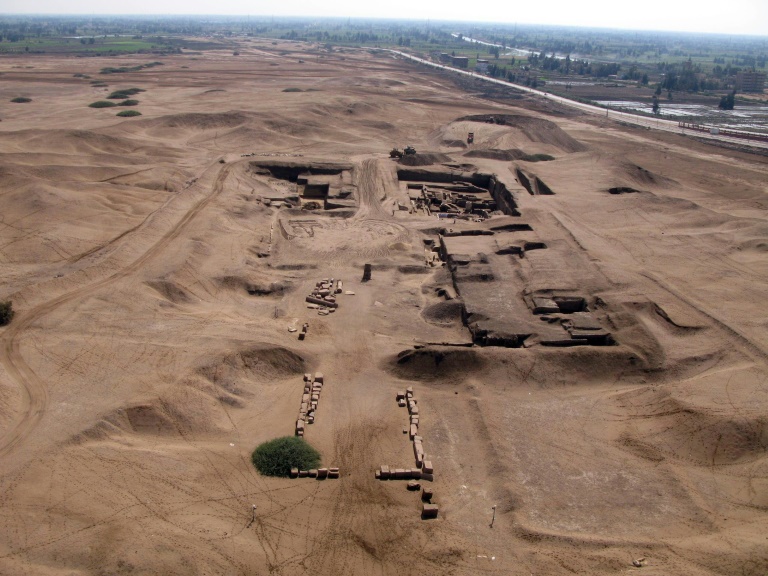 A technology-wielding archaeologist billed as a modern world “Indiana Jones” has won a coveted million-dollar TED prize for her work tracking antiquities and the looting of such wonders.

Sarah Parcak was named on Monday as the winner of a 2016 TED Prize that provides a million dollars to kickstart a big-vision “wish” and opens a door to call on the nonprofit organization’s innovative, influential and ingenious community of “tedsters.”

Parcak is to reveal her wish at an annual TED Conference in Vancouver in February.

“I am honored to receive the TED Prize, but it’s not about me; it’s about our field â€“- and the thousands of men and women around the world, particularly in the Middle East, who are defending and protecting sites,” Parcak said.

“The last four and half years have been horrific for archeology.”

Parcak bemoaned extensive looting and destruction at archaeological sights that she has mapped using a method she created for processing satellite imagery.

The archeologist vowed to use the TED Prize to rally the world to find and protect such treasures.

“At a moment when so many ancient sites are under threat -â€“ and being destroyed â€“- it feels particularly poignant that we are awarding the TED Prize to a brilliant mind, committed to finding, sharing and protecting these gems,” said TED Prize director Anna Verghese.

Parcak was introduced to aerial photography through her grandfather’s use of it in forestry work.

She was studying Egyptology at Yale when she began exploring the potential for using more modern tools to apply her grandfather’s approach to archeology, according to TED.

Parcak was pursuing an advanced degree at Cambridge University when she created a technique for processing infrared imagery from satellites that helped her detect undiscovered archaeological sites in Egypt. She has since turned to mapping looting.

Her work has caused some to refer to Parcak as a modern-age, real-world version of the Indiana Jones character made famous in films starring Harrison Ford.

“TED is committed to the ancient tradition of storytelling, and making it relevant to a modern, global audience,” Verghese said.

Parcak is a professor at the University of Alabama at Birmingham, where she founded the Laboratory for Global Observation.

She has won attention for her work satellite mapping Egypt and uncovering hidden pyramids, tombs and settlements.

Parcak and her team have been credited with also discovering ancient sites in Europe, the Mediterranean and North America as well as extensively mapping looting in Egypt.

The annual TED Prize has grown from $100,000 to a million dollars since it was first awarded in the year 2005, to U2 band leader Bono and his vision of fighting poverty and disease.

The list of previous winners includes oceans-defender Sylvia Earle and StoryCorps founder Dave Isay, whose wish was to use smartphone applications to archive the spoken wisdom of humanity.

Since being born in California in 1984, the gathering has grown into a global forum for “ideas worth spreading.”

TED has won a worldwide following for trademark “talks” during which accomplished speakers deliver thought-sparking presentations. Videos of talks are available for free online at ted.com.