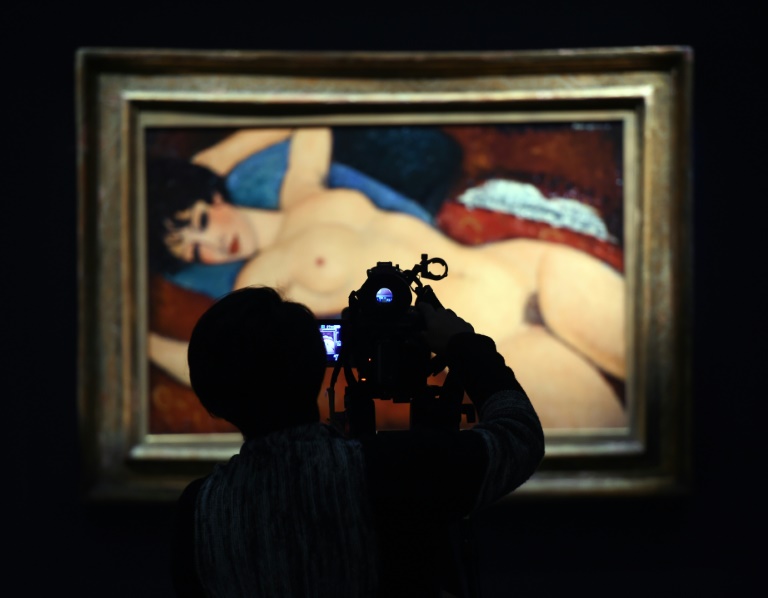 In what can be termed as absolute fierce bidding and a fiercer price, pieces by artists Amedeo Modigliani and Roy Lichtenstein bagged the second highest price ever achieved at auction for a work or art, falling just behind Picasso.

Christie’s on Monday smashed world record prices at auction for Amedeo Modigliani and Roy Lichtenstein, selling works by the artists for $170.4 million and $95.37 million respectively.

Modigliani’s “Nu Couche” or “Reclining Nude,” painted in 1917-18, sold in New York after a frantic nine-minute bidding war in the first time the painting has ever come to auction.

It was the second highest price ever achieved at auction for a work or art, Christie’s said. Applause erupted in the packed room when the sale concluded.

The world record is $179.4 million for Picasso’s “The Women of Algiers (Version 0)” — which the auction house sold in New York last May in a record-breaking spring season.

The Modigliani oil on canvas depicts a naked woman reclining on a luscious red couch and blue cushion, and provoked a scandal when it was first exhibited by the Italian artist in Paris.

A crowd gathered outside the window and outraged police ordered the exhibition to shut down immediately.

“It is unquestionably a masterpiece,” Jessica Fertig, co-head of the Christie’s sale, told reporters before the auction.

The painting has exhibited in some of the finest art galleries all over the world including at the Royal Academy of Arts in London, and at the National Museum of Modern Art in Tokyo.

The specially curated evening sale entitled “The Artist’s Muse” also set a new record at auction for US artist Roy Lichtenstein, with his “Nurse” selling for $95.37 million.

That made it a shrewd investment for the seller, who acquired the iconic piece of American pop art and comic book-inspired portrait for $1.65 million in 1995.

The price reached for “Nurse” — a shocked looking blonde with sexy red lips — smashed the previous record for a Lichtenstein, set for “Women with Flowered Hat” in 2013 for $56 million.

Part of the artist’s series of comic book-based images, it depicts the face of a woman in a starched nurse’s hat and collar, with blonde hair and full red lips, looking to the side.

Simple yet mysterious, the painting, measuring 48 by 48 inches (122 by 122 centimeters) appears as fresh today as when it was painted in 1964, and the image remains popular across the world.

It comes from the height of the US pop art movement and is a regular in retrospectives on Lichtenstein, who died in 1997.

The auction was led by Jussi Pylkkanen, Christie’s number two, and follows record-breaking sales in New York in May, when more than $2.6 billion of art was sold in 10 days.

Another highlight of the sale was a work by Paul Gauguin, “Therese” which fetched $30.97 million, setting a new world auction record for a sculpture by the French artist.

One of the items that failed to sell was a nude portrait of Bella Freud, the fashion designer daughter of British painter Lucian Freud, which was estimated to be worth $20-30 million.