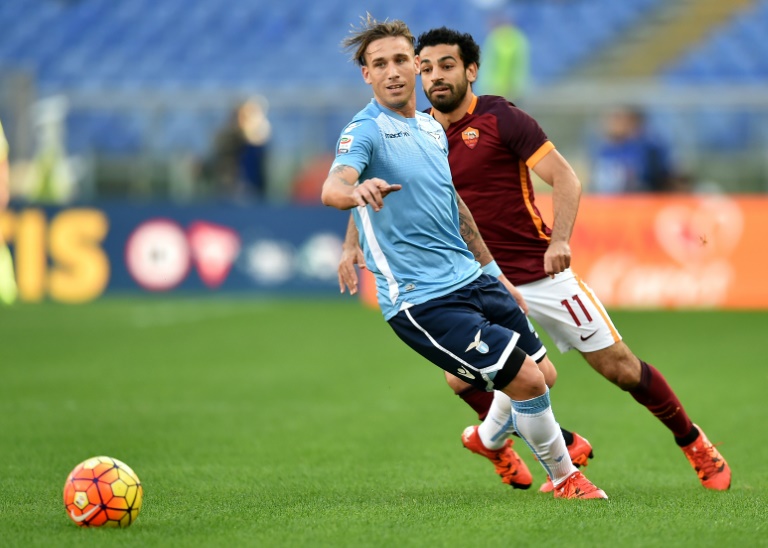 Lazio’s Senad Lulic has offered apologies to Mohamed Salah for a crunching tackle that has ruled Roma’s Egyptian winger out of action for up to six weeks with ankle ligament damage.

Salah, who has hit five league goals for the Giallorossi since making his move from Chelsea permanent, is expected to be out until the New Year after being stretchered off early in the second half of Roma’s 2-0 derby win on Sunday after his right ankle bent inwards under the impact of Lulic’s stamp.

Although fractures were ruled out on Sunday, further tests on Monday revealed Salah has “sustained a grade II ligament damage to his right ankle,” according to a club statement.

In a post on Facebook, Lulic wrote: “I’m sorry Mohamed Salah, it wasn’t my intention to hurt you. I hope to you see back playing soon.”

The apology will do little to appease Roma coach Rudi Garcia, who was furious with the tackle and later hit out at officials for failing to take any action.

“Tackles like that don’t belong, even in a derby. The players need protection,” said the Frenchman.

Roma’s win left them in third spot in Serie A, one point behind leaders Fiorentina and second-placed Inter Milan following their respective wins away to Sampdoria and Torino.

Salah, meanwhile, will miss upcoming Champions League fixtures away to Barcelona and at home to BATE Borisov as well as key league games away to Torino and Napoli.