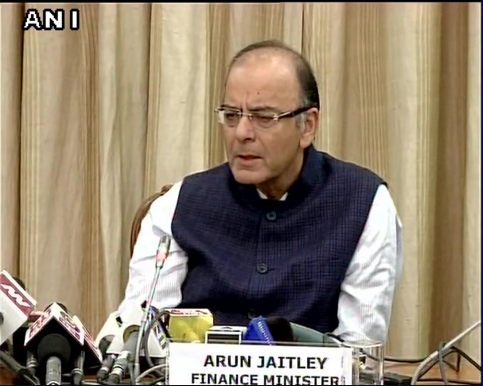 It’s a big FDI push from the Central government ahead of Diwali. Government has announced major policy changes and has also eased out rules for foreign direct investment in sectors like construction, banking and defence sectors.

According to reports there will be 100% FDI in several sectors as well. Also, up to 49% FDI has been permitted in the Defence Sector.

Addressing a press conference after the announcement of reforms, Finance Minister, Arun Jaitley said that the country needed the infrastructure for new ventures and FDI is an additionality to it.

“Investors also prefer to invest in destinations where growth is picking up & returns are likely, added Arun Jaitley.”

The Finance Minister also added that FDI inflows in last one year increased by 40%.

Below is the entire list of sectors which have undergone FDI reforms:

2. Investment by companies owned and controlled by Non-Resident Indians (NRIs)

3. Establishment and transfer of ownership and control of Indian companies

6. Mining and mineral separation of titanium bearing minerals and ores, its value addition and integrated activities

What do these reforms mean for us?

1. The reforms will put more FDI proposals on automatic route instead of Government route.

2. Reforms will ease out and rationalise the process of doing business.

4. Manufacturing would move up and that will restore cycle in terms of private investments.

5. This will benefit the start-up ecosystem as well.

Since assuming office, the government has opened several sectors including defence and railways to FDI but has seen limited success in attracting inflows in some of the segments given the stiff conditions that came with the rules. The idea is now to simplify the norms and make life easier for investors.