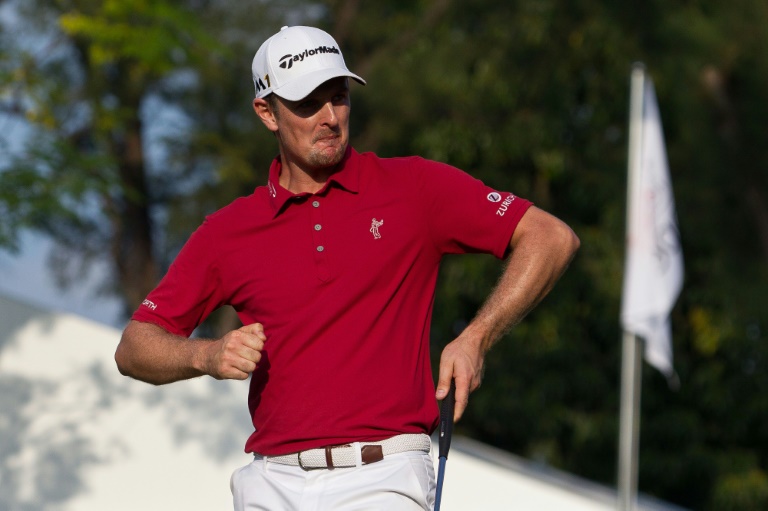 Three weeks ago Justin Rose declared last month’s Hong Kong Open would be his last event on the European Tour in 2015. Then he won it, and everything changed.

The Englishman now finds himself looking for back-to-back wins on Chinese soil with one goal in mind, winning the Race to Dubai.

“Sometimes you make decisions based on what you know at the time, right?” Rose told AFP Tuesday at Lake Malaren, Shanghai, venue for the $7 million BMW Masters which starts on Thursday. “Obviously things changed for me.

“Winning in Hong Kong got me closer up the board and made it a realistic prospect to win the Race to Dubai.”

There are two events remaining, this week’s BMW Masters in Shanghai and next week’s season-ending DP Tour Championship in Dubai.

But with 1,333,330 points up for grabs for the winner both this week and next, Rose knows the Race to Dubai is still in his own hands.

“I’m going to have to win one of these last two tournaments, that’s all I know,” Rose said. “I think if I win one of them and play solid in the other then I’m hard to beat.

“If I go win-win then I’m unbeatable so it’s in my hands, which is the good thing.”

Rose won the old European Tour Order of Merit and the Harry Vardon Trophy back in 2007, two years before it was reincarnated as the Race to Dubai.

It’s clear that he has a burning desire to add the newer version to his bulging CV that includes the 2013 US Open and a combined 34-under-par score in this year’s majors, the lowest ever recorded by a player who didn’t win.

“Any time you have an opportunity to achieve something like winning the Race to Dubai or the Order of Merit, as it was when I last won it, you have to take it. I would love to win it in the ‘modern era’ as I call it,” said Rose.

But the 35-year-old will not have it all his own way against a high-class field containing the top five challengers to McIlroy, who is not playing this week.

Englishman Danny Willett, in second place, needs a top-25 finish to overhaul McIlroy after closing the gap to just 74,213 points with third place across the city at the WGC-HSBC Champions last week.

All can hit the number one spot before the season’s climax next week with a win on Sunday.

“I need to play well enough this week that if I win next week I don’t have to worry about who finishes second,” Rose said.

“That probably means finishing second at worst this week to control my own destiny.”