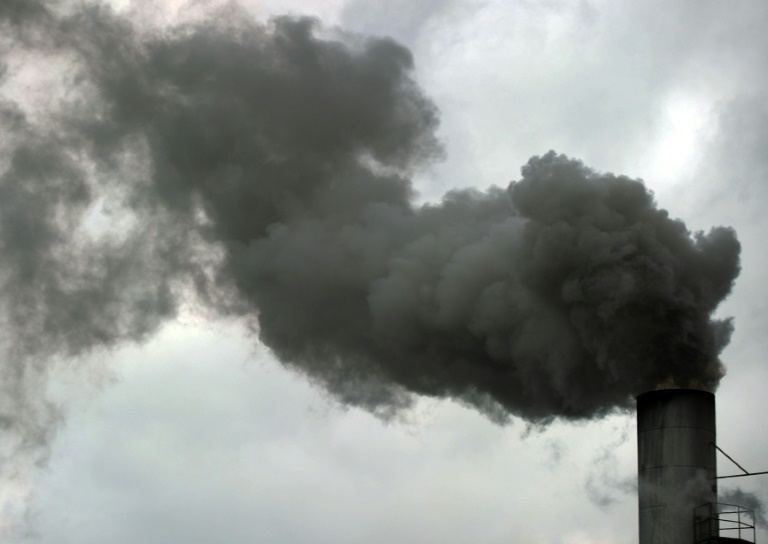 Other reports forecast rising seas were set to swamp large swathes of New York and Shanghai, and that global warming would drive millions of people into poverty worldwide.

The slew of fresh planetary warnings came as ministers gathered in Paris to search for common ground on divisive issues ahead of the summit, which runs from November 30 to December 11.

French President Francois Hollande, meanwhile, called for the creation of an “environmental security council” to verify and enforce measures to be adopted at the summit.

“I hope that binding measures emerge from the agreement in Paris” to curb dangerous levels of global warming, he told a scientific gathering in the French capital.

But verification remains a problem, he said. “So the next step is to have an organisation in the form of an environmental security council.”

If the planet heats up by four degrees Celsius — double the targeted UN ceiling — oceans will swallow land inhabited by more than 600 million people, said a study by Climate Central, a US-based research group.

Even a two-degree jump would submerge land currently occupied by 280 million people, it said.

At the same time, the World Meteorological Organization reported that the level of climate-altering gases in the air punched through the psychological barrier of 400 parts per million.

“Concentrations of greenhouse gases in the atmosphere are now reaching levels not seen on Earth for more than 800,000, maybe even one million years,” WMO chief Michel Jarraud told reporters.

“This means we are now really in uncharted territory for the human race,” he warned.

Britain’s Met Office announced Monday that local mean surface temperatures were set to reach 1 C above pre-industrial levels for the first time — half-way to the 2 C threshold which scientists say humanity must not cross.

Environment and energy ministers in Paris are groping for convergence on issues dividing the 195 nations negotiating a climate rescue pact which must be inked at the upcoming summit.

A World Bank study Sunday said there could be “more than 100 million additional people in poverty by 2030” unless action is taken to stem climate change.

French Foreign Minister Laurent Fabius, hosting ministers and climate envoys from 70 countries to prepare for the summit over which he will preside, issued his own dire warning.

“It is life on our planet itself which is at stake,” he said at the start of talks Sunday. “There is absolute urgency” to achieve the 2 C goal, he said.

The summit will be opened by some 100 heads of state and government, among them US President Barack Obama, China’s Xi Jinping, Narendra Modi of India, and ‘s .

It is meant to produce the first truly universal pact to rein in climate change by curbing emissions from burning fossil fuel. It is also tasked with helping poor countries adapt to climate impacts already in the pipeline.

Ministers are the ones who will ink the deal at the end.

For now, the draft agreement — prepared in advance by rank-and-file negotiators — remains little more than a laundry list of often directly opposing national options for dealing with the challenge at hand.

Countries remain sharply divided on issues of fairness and finance.

Developing countries insist rich ones should lead the way in slashing emissions as they have polluted for longer.

They also want assurances of finance to make the shift from cheap and abundant fossil fuel to greener energy sources, and to shore up defences against climate change-induced superstorms, drought, flood and sea-level rise.

As the bickering continues, the UN last week issued a fresh warning that national carbon-curbing pledges submitted to date set the stage for warming of about 3 C, or more.