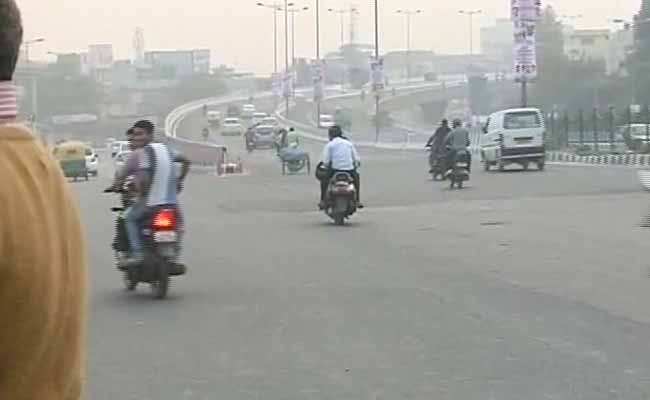 A swanky six-lane elevated corridor in north Delhi was today throw open to the public, constructed at a cost of Rs 150 crore, Rs 100 crore less than the amount sanctioned to the project by the previous Sheila Dikshit dispensation.

The 1.6-km-long corridor will bypass three traffic intersections on the Ring Road, thus reducing congestion on it at places including Shalimar Bagh, Ashok Viha, Azadpur and the Wazirpur Industrial Area.

It will also allow unhindered vehicular flow along the entire 44-km Ring Road.

Besides, an individual commuter would save 12 minutes per day and 15,000 tonnes of carbon dioxide emission can also be reduced annually.

Speaking on the occasion, Chief Minister Arvind Kejriwal Kejriwal claimed that it was the first time that a project whose sanctioned cost was Rs 250 crore was completed at an actual cost of Rs 150 crore.

The Sheila Dikshit-led Congress government had initiated the project in 2013.

Kejriwal also praised Dikshit for initiating the project and said that government will now build two flyovers at a cost at which only one flyover was earlier constructed and they will not waste taxpayers’ money.

“The entire credit for initiating the Azadpur-Prembari Pul elevated corridor goes to Dikshit. When we took over the government, only 20-30 per cent of the work on this project was completed but, in last eight months, we have completed the remaining works and will do the same for other projects as well,” Kejriwal said.

Union Urban Development Minister M Venkaiah Naidu inaugurated the corridor and said development should be given priority in Delhi.

Vardhan, a former Delhi BJP President and the Union Minister for Science and Technology and Earth Sciences, praising Dikshit “there should no politics over developmental works for the sake of Delhi”.

On the occasion, Naidu said that the Public Works Department has done a good job and thanked the department for constructing such a flyover.

“Delhi is the heart of country. We should give priority to development in Delhi,” Naidu said.

A senior PWD official said that with the inauguration of the Azadpur-Prembari Pul elevated corridor, 7,665 kilolitres of fuel will be saved every year.