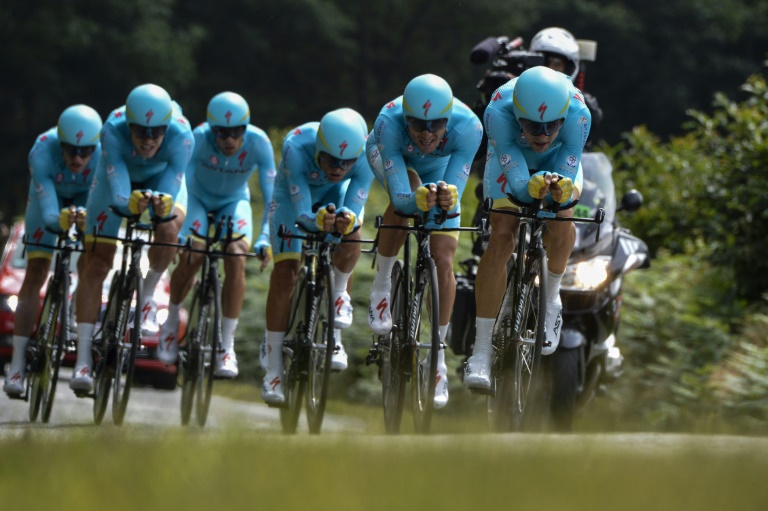 Cycling’s world body confirmed on Monday that the doping-tainted Astana team will retain its World Tour licence for the 2016 season.

The Kazakh-funded outfit, featuring 2014 Tour de France champion Vincenzo Nibali, was one of 11 teams given the green light to compete in the top division next season after meeting the annual registration criteria mandated by the International Cycling Union (UCI).

“After reading the conclusions of (an independent review panel), the Licence Commission has found that the team complied with the measures required of it,” read a UCI statement.

Astana’s place in the peloton had been under threat since five riders with either the professional World Tour squad or the team’s Continental Tour affiliate failed doping tests last year.

In February, the UCI had demanded Astana be stripped of its World Tour Licence which would have barred them from the main international races, including the Tour de France and Tours of Italy and Spain.

But an independent commission agreed to allow them to keep racing in a decision delivered on April 23, subject to strict monitoring over a four-month period from the Institute of Sports Science of the University of Lausanne (ISSUL).

Following the end of the probationary period, ISSUL reported its final findings to the UCI in September, observing that Astana had made considerable efforts to improve the team’s infrastructure but also noting that there was still some way to go.

“The situation of the Astana team can be considered as very significantly improved compared with that revealed by the audit report ordered by the (Licence) Commission in December 2014, in terms of the training plans for riders, the team staff, race management and medical care,” the commission said in reference to the ISSUL report.

“It would seem possible that if the Astana team were to manage to breathe life into the structures with which it seems to have equipped itself, it could be in compliance with the organisation specifications for professional teams that will be a condition of their registration from 2017.”

Seven other teams will also go before the Licence Commission in the coming weeks as part of the standard application process.