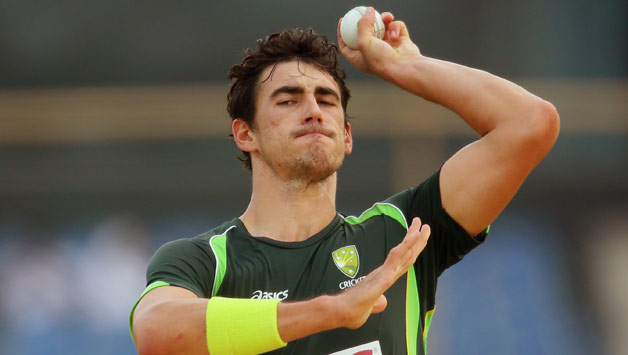 Johannesburg: Australia paceman Mitchell Starc, who was engaged in a bitter spat with  New Zealand batsman Mark Craig during the final day of the first Test at the Gabba has been fined half of his match fee for throwing a ball at Craig.

The ICC confirmed the news, saying that the player was fined 5,500 dollars by match referee Roshan Mahanama.

The 25-year-old was reported for breaching the ICC’s code of conduct, which related to “throwing a ball at or near a player in an “inappropriate and/or dangerous manner” during an international match, Sport24 reported.

The incident happened when New Zealand were left with only a wicket remaining and Starc impetuously threw the ball in Craig’s direction.

Starc admitted to the offence and accepted the penalty proposed by the match referee.

Australia have currently taken a 1-0 lead in the series following their 208-run win over New Zealand in the first Test of the three match series.

The two sides will now play their second Test at Perth on November 13 followed by first day-night Test from November 27 at Adelaide.