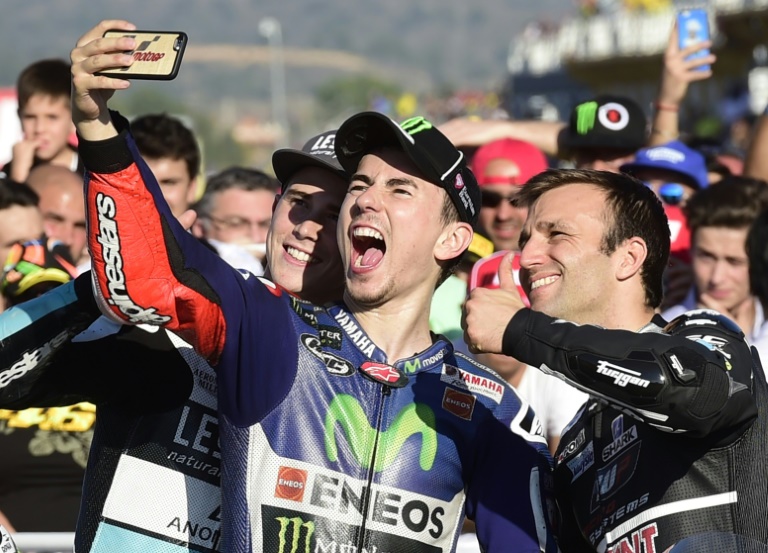 Valentino Rossi’s accusations that he was robbed of a 10th world title by a Spanish plot were dismissed as “unacceptable” by the powerful head of Honda racing.

Rossi went into the season-closing race in Valencia seven points clear of Lorenzo, but the Italian legend was left with a Herculean task starting from the back of the grid as punishment for pushing Honda rider Marc Marquez off his bike in Malaysia.

Rossi surged dramatically through the pack to finish fourth but Lorenzo led from pole to flag, despite intense pressure from his Spanish compatriots, Honda duo Marquez and Dani Pedrosa.

“Incredible work by Honda eh?,” said 36-year-old Rossi. “I knew it would be like that and so it was in the end.”

He accused Marquez of turning into “Lorenzo’s bodyguard”.

“It has never happened in sport and it has been embarrassing,” said the Italian.

“Lorenzo deserves the title, but he is not a real champion because something has happened in this sport that had never happened before and Lorenzo can’t be happy.”

“We understand that it’s been a very difficult day for Valentino, after leading the championship for 17 races and losing by just five points in the final race must be very disappointing,” said Nakamoto.

“However, on the other side we cannot accept the strong accusations he has directed against our rider and Honda.

“Today Valentino has alleged that Marc never attempted to pass Jorge, who has clearly had a very good pace all weekend which he demonstrated by taking a strong pole position in qualifying.

“Marc was struggling to stay behind him during the race and both him and Dani have done a great job to not lose too much distance to Jorge.”

Nakamoto added: “We cannot accept that these accusations continue to surface time after time, as this is the perception of one person — which we respect — but it is not the reality.”

Whilst denying that “any pact” existed with Marquez, Lorenzo intimated that his compatriots had helped him win the title by not passing him.

“They knew what I had in play,” Lorenzo said. “The fact they are Spaniards like me helped me.

“That helped me because for sure in another kind of race they would have tried to overtake which they didn’t this time.”

He added: “If Valentino had been in my position and with Italians behind they would have done exactly the same.”

When asked about Rossi fans thinking he had colluded to help Lorenzo Marquez replied: “For a winner, accusations of letting another person win is a lack of respect and an insult because we always go out to win.”