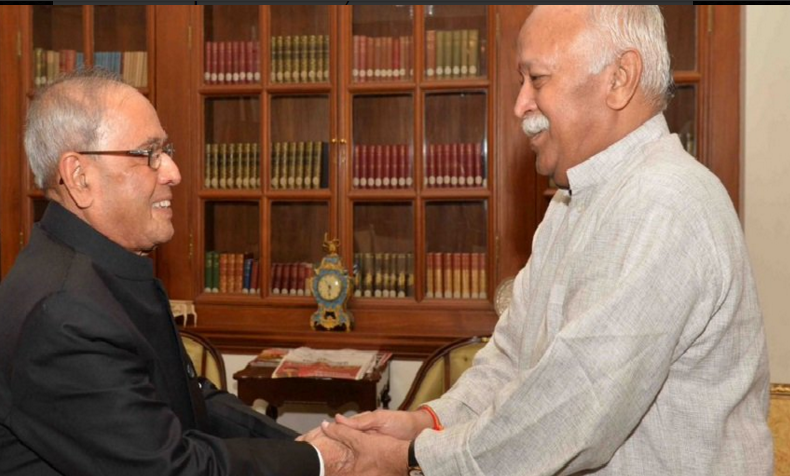 “Shri Mohan Bhagwat, Sarsanghchalak, RSS paid a courtesy call on #PresidentMukherjee on the eve of Diwali today,” according to the official twitter account of the President. The meeting lasted for over 30 minutes during which Bhagwat extended Diwali greetings to Mukherjee, officials said.