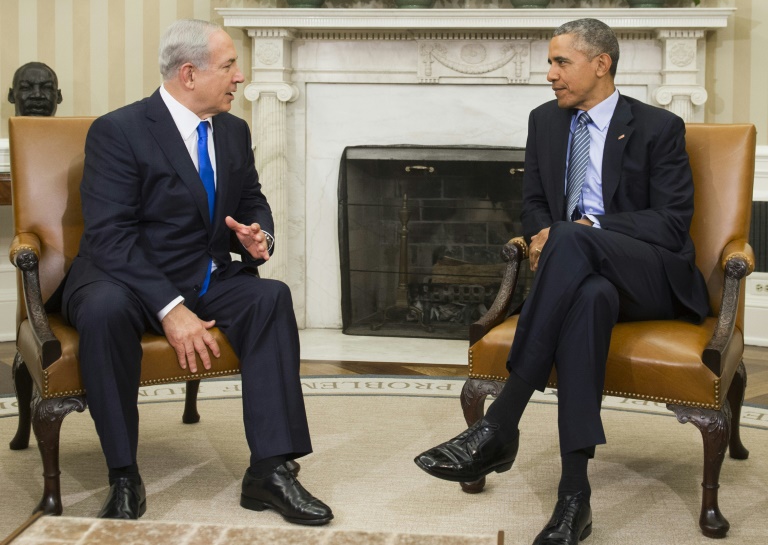 Admitting it was “no secret” the two men disagreed on how to counter Iran’s nuclear program, both sought to end personal public rancor and focus on areas of cooperation, including a $30-billion-plus military deal.

Netanyahu reciprocated by trying to bury suggestions — fuelled by his own election campaign comments — that he does not support the creation of a Palestinian state.

For decades the prospect of a two state solution has been the bedrock of peace efforts.

Netanyahu had infuriated the White House by suggesting that a two state solution was dead.

US officials feared such comments would only fuel Palestinians’ sense of skepticism about the political process and perhaps provoke violence.

“I remain committed to a vision of peace of two states for two people’s, a demilitarized Palestinian state that recognizes the Jewish state.”