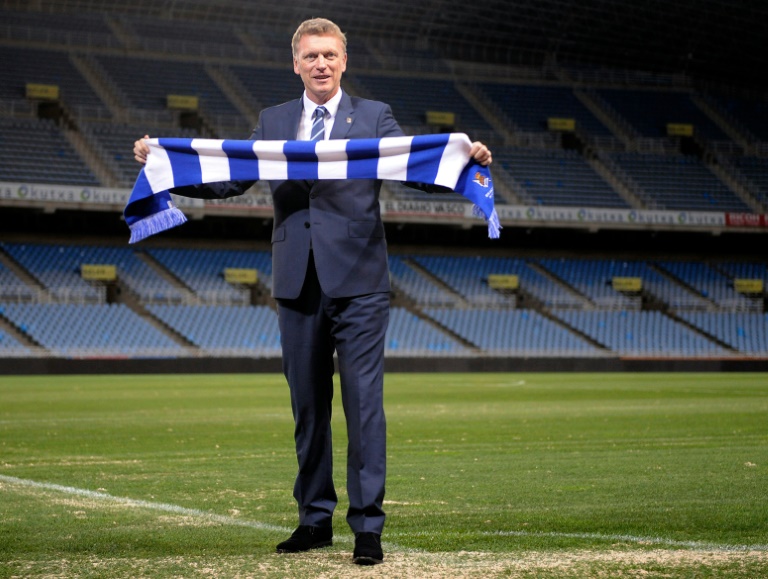 Former Manchester United manager David Moyes was sacked by Real Sociedad on Monday after a turbulent year in charge during which he failed to turn around the Basque side’s fortunes.

“The club wish to thank him … for all he brought to the club, his professionalism and his dedication in carrying out his duties.”

Moyes took charge of the San Sebastian outfit last November, just seven months after being fired by United after for overseeing a disastrous debut campaign following the retirement of club legend Sir Alex Ferguson as United finished outside the top four in the Premier League for the first time in 24 years.

However, Friday’s 2-0 defeat at newly-promoted Las Palmas left Sociedad above the relegation zone only on goal difference with just nine points from their first 11 games, exactly the same situation they were in when Moyes was hired 364 days ago.

Moyes’s contract was due to run until the end of the season, but, despite being a personal favourite of president Jokin Aperribay, the pressure from fans and local media was too much to bear for those in charge of the club.

Above all, Moyes was criticised for his failure to adopt to the Spanish style of play and master the language.

The 52-year-old regularly complained about the way games are refereed in Spain during press conferences he always gave in English.

There had been moments of promise early in Moyes’s reign as he dragged an under-performing squad away from the relegation zone.

A 1-0 win over a Barcelona that would go on to win the treble a few months later in January was undoubtedly the highlight.

Yet, a season that began with plenty of optimism after the return of midfielder Asier Illarramendi to the club from Real Madrid for 17.5 million euros ($18.8 million, Â£12.5 million) has been a huge disappointment.

Moyes’s men managed just two victories, against the league’s bottom two sides Granada and Levante, and with the daunting task of Sevilla and Barcelona to come after the international break, a change at the helm became inevitable.