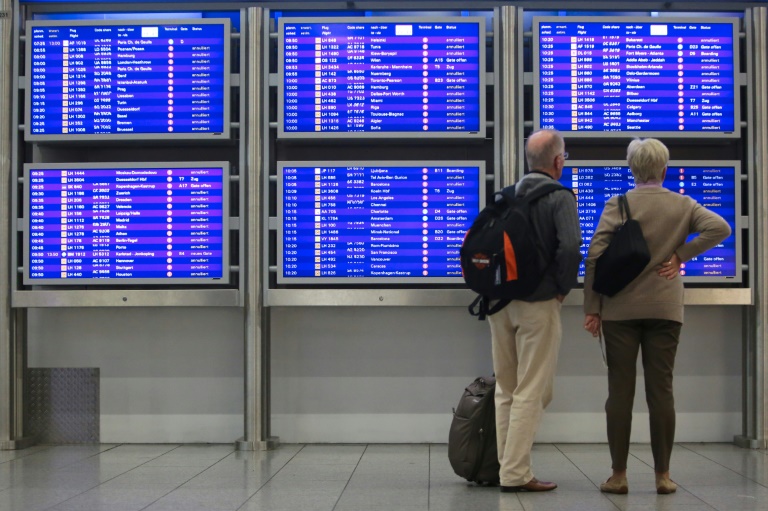 The strike, now in its third day, is expected to last a week, becoming the longest in Lufthansa’s history as both sides fail to agree on cost cuts.

Besides Germany’s biggest airport of Frankfurt, the strike has also affected Duesseldorf and the southern transit hub of Munich.

Nicoley Baublies, who heads the UFO flight attendants’ union, hit out at Lufthansa saying it had “not once tried to get in touch” since negotiations broke down last Thursday.

Lufthansa however said it was “ready to resume discussions at any time”.

The company’s management is meeting Monday over the consequences of the walkout and said it would issue a statement in the evening.

The dispute over pay and early retirement provisions dates back to December 2013, when the company decided to embark on cost cuts in the face of intense competition from low-cost carriers.

The union is demanding that the current system of early retirement provisions remain unchanged, but Lufthansa has argued that those measures are too expensive.