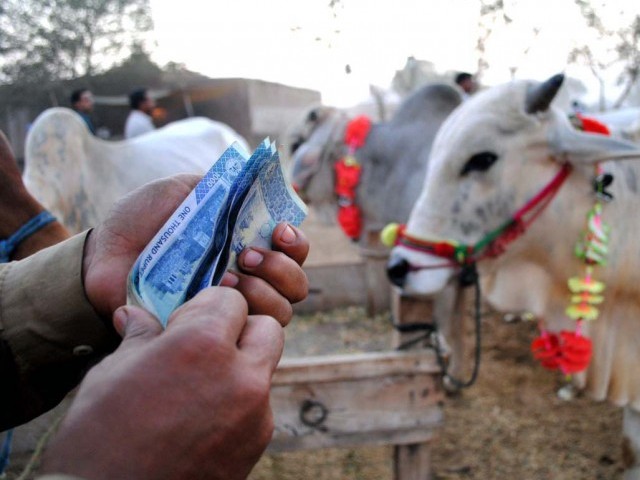 Cattle smuggling through the porous Indo-Bangla border of Dhubri sector has been on the rise in recent times. Here is an inside story of how it is all done.

What is the real reason for the sudden rise in cattle smuggling?

The answer is simple: cattle smuggling has now become a big industry. Any big-sized Indian cow which can be bought in India for by Rs.30, 000 can be sold in Bangladesh for Rs.60, 000, many privy with the trade revealed. It is also learnt that a medium-sized cow valued at Rs. 20-22000 in local markets fetches Rs. 45, 000 in Bangladesh.

As per an unofficial estimation, agreed to by many, through the Dhubri sector itself, at least 3000-4000 thousands numbers of cattle are smuggled out in a maximum span of 3-4 days.

“Now just imagine the amount of money involved in this illegal trade. If we assume that out of those only 2000 are normal sized, then the selling price turns out to be around Rs. 1.2 cores. Now, add the prices of other medium and small sized cattle “, a local reporter in Dhubri explained. This is the amount made in only 3-4 days of this business.

“Yes, cattle smuggling is much more organized now than before”, an ex-cattle smuggler said.

“Before, we had to send cattle to Bangladesh on credit, with a faith that our partner there would pay the payment after receiving the goods. But that process did not work perfectly. In some cases, the payment was not made or taken away by a third party. Slowly, the situation had come to such a point that we had no other option but to stop the business”, he added.

However, another person who worked as a carrier for some time, and is now a rickshaw puller in Dhubri town, reminisced the old ways of smuggling.

“We could earn Rs. 1000-1500 in Indian currency in a night. In a group of 4-5 persons, we had to take over the charge of cattle from a specific point and walked almost 10-15 kilometer to reach Bangladesh”, he informed.

He further stated that they generally crossed the border at night. “We had to wait at a specific point near border for the green signal of the local guide who informed us through which part or section of the border to cross’, he added.

A source reveals that the cattle smugglers of Dhubri district have now started using newer routes in addition to the existing ones. The cancer is spreading.

“There were three main routes before: one through the Jhapushabari boder under Agomoni Police Station, one through Gheumari border and another through Jaruachar to Kalapani border of Mankachar. Now, lots of new routes have also emerged. The truckloads of cattle entering the state through Srirampur inter-state check gate are being passed through Puthimari-Hazirhat-Fakirganj root’’, he further told.

“In most cases, those trucks are unloaded near some specific points at the West Bengal side of the Assam Bengal border in the Dhubri district. After the carriers take charge of the cattle and use an interior road to reach the NH31 avoiding Sagolia inter-state check post,” another sources revealed.

“The cattle are then brought on foot through NH31 to a certain point and then again, two interior roads are used, which again depends on whether the cattle are to be passed through Gheumari or Jarua Bandihana. In some cases the cattle are directly brought to Gaur Jhapushabari using small vehicles”, they said.

Trucks carrying cattle through Srirampur are unloaded near some points at Puthimari (of Dhubri district) and then taken away to the Hazirhat –Fakirganj route by the river route.

Role of the police and BSF: Nexus between Central Excise and syndicate close to cattle smugglers?

“There is always a blame-game between the Dhubri Police and the Border Security Forces (BSF), with each party blaming the other for not taking proper action. But, the truth is these cows are taken on foot in daylight before a few Police Stations and Police outposts. Again, how cattle carrying trucks pass through inter-state check posts without maintaining any norms and documentations definitely raises questions on low-ranked police officers and some government officials working on those check posts’’.

He further added that the BSFs’ excuses of an open river border and lack of infrastructure are not acceptable in all cases.

Amidst complaints of inactivity of the BSF and Dhubri police, there are also serious accusations against some local customs officials. It is alleged that there run a syndicate from the local custom office.

“The BSF after apprehending the cattle at border hand over them to the local custom offices and then an auction is called to sell off those cattle. But, there is a syndicate close to the cattle smugglers and only they are been informed whenever there is an auction, the outsiders don’t have wind of that,” informed a reliable source.

Many here also feel that unless this unholy nexus of the syndicate with some local Customs officials’ is not broken, apprehending smuggled cows holds no value, as they again reached the smugglers via auction.

It has been long been doubted by many quarters of Dhubri’s society that the porous Indo-Bangla border of Dhubri sector is used by some Jihadi elements. After the Bardhaman blast in West Bengal, revelations by the National Investigation Agency (NIA) clearly indicated that Jamiat-ul Mujahidin Bangladesh (JMB) is very much active in Assam.

During that period, Dhubri police inputs also suggested that a top JMB leader was in this sector for almost 3 months. Moreover, in recent times the BSF has also apprehended cattle smugglers with fake Indian currency.

Under such circumstances it is not premature to think that some anti-India elements and Jihadi groups close to ISI are investing illegal cattle smuggling of Dhubri, many feels. It is also pointed out that that ISI might not miss this opportunity to flow fake Indian currency through those involved in cattle smuggling. Many feel that the amount of money flowing in cattle smuggling is also may one of the reasons for the involvement of Jihadi groups.

“They can invest here and get double within 3-4 days and use those profit percentages to procure arms and building infrastructure’, one local reporter pointed out.

In the Dhubri sector, out of 134 Kilometers of the Indo-Bangla international border, almost 42 Kms of the riverine border is still wide open, as these patches are yet to be fenced.

It may also be mentioned that according to government documents, 1.7 Km of the border fence has been washed away at Binnachar by the Gangadhar river, while the Brahmaputra has washed away a 0.85 Km stretch of the fence at Gaspara.

Both the sites are in Dhubri district. Moreover, Installation of floodlights on the borders in Dhubri district, sanctioned by the Union ministry of home affairs in 2006, has missed its 2012 deadline. Work on the installation project was allotted in 2008 and it started in 2009 but it has not made much progress here.

Except a few, most of the patches of Dhubri sector remain dark at night, locals inform. There are also allegations that the patches where flood lights been erected are illuminated only for 2-3 hours at night.