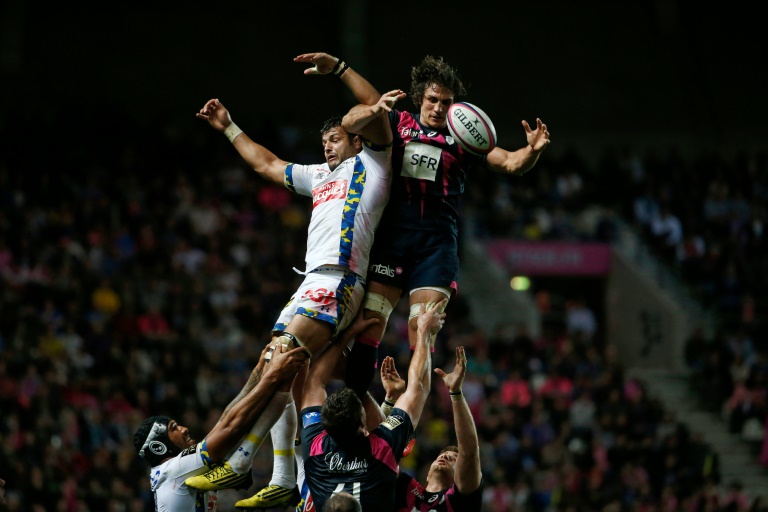 French Top 14 leaders Clermont slumped to their second defeat of the season on Sunday with their 14-9 loss to defending champions Stade Francais allowing the Paris giants to escape the bottom three.

Stade scored the only try of the game through South African flanker Jono Ross in the 14th minute as the hosts swept into a 11-0 half-time lead beneath bright sunshine at their Stade Jean-Bouin home.

Clermont had to settle for three second-half penalties from Brock James (2) and Camille Lopez for their points with the team forced to wait until the 55th minute before opening their account.

Centre Jonathan Danty also enjoyed a solid afternoon and looked to have set up a second try for Jeremy Sinzelle but the score was ruled out for a forward pass.

The home side led 7-3 at the interval after a try by Alexandre Bias converted by Rory Kockott, the South African-born France international scrum-half playing his 100th Top 14 match.

Racing paid for their ill-discipline in the second-half, with yellow cards for Ross Filipo and Henry Chavency offering Castres numerical supremacy in the third quarter.

And Castres did not let the opportunity pass, scoring three tries during the sin binnings through France-qualified New Zealand No 8 Alex Tulou (2) and ex-Toulon winger David Smith, Kockott nailing a penalty and two conversions.

Louis Dupichot crossed for a Racing try in the 64th minute before Castres had the final word with a magnificent touchdown from France winger Remy Grosso after some slick handling tore holes in Racing’s porous midfield defence.

In Saturday’s action, Australian fly-half Quade Cooper enjoyed the ideal introduction to the Top 14 as he steered Toulon to a 52-8 thrashing of Montpellier.

Toulouse would not be outdone as they also ran in eight tries to go second as they blitzed Grenoble 52-12. La Rochelle put Oyonnax to the sword, 38-3, while Pau edged Agen 33-31 and Brive notched up an impressive 16-3 home win over Bordeaux-Begles.