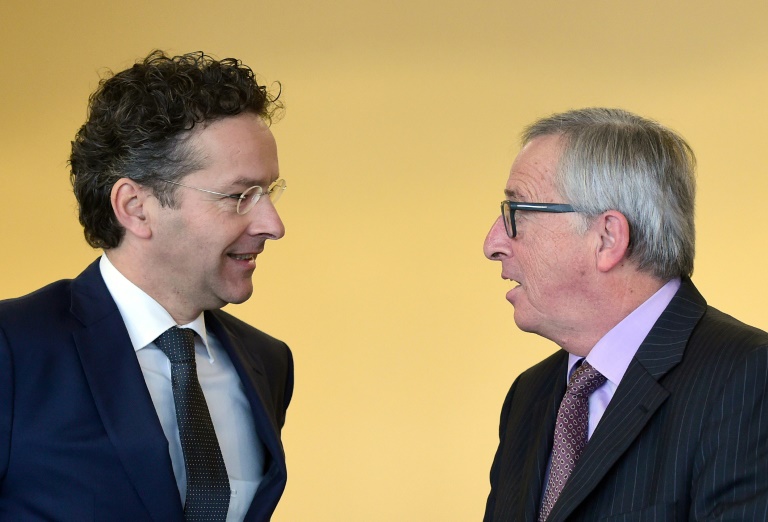 German Finance Minister Wolfgang Schaeuble said Athens had failed to meet “a great number” of commitments agreed to in July as part of its rescue, and urged the leftist government of Prime Minister Alexis Tsipras to deliver.

“My news at the end of last week did not show that we can get to a decision (on Monday). I do not think that this has changed in the meantime,” a stern Schaeuble said as he arrived for the talks in Brussels.

“It is exclusively for Greece to implement what we agreed upon last July.”

The sharpest differences dividing Greece and its creditors are over foreclosure rules that the Tsipras government insists should protect low-income homeowners.

Eurozone ministers largely avoided the finger-pointing that marked the six months of bitter talks led to the bailout, but insisted that time was running out.

“Time is limited. We need to complete that first set of milestones, it has to be done very quickly'” said Eurogroup head and Dutch finance minister Jeroen Dijsselbloem, referring to the dozens of reforms needed in order for Greece to receive the next slice of bailout loans.

However EU economic affairs commissioner Pierre Moscovici of France said a deal was possible this week.

“The dynamic remains positive. An agreement can be reached in the coming days,” he said.

France, which has mostly backed Greece throughout the torrid bailout process, said earlier that, despite the disagreements, a deal to unlock the payment was still within reach.

“Greece has made considerable efforts (that are) all within the bailout agreement of July 13”, said French Finance Minister Michel Sapin on Monday.

“I understand the worries of the Greek government,” Sapin said, adding that France and Germany also had laws to limit bank seizures. “It’s a bit strange that we’re always asking more of Greece than what exists in creditor countries.”

Greece’s two earlier bailouts, in 2010 and 2012, totalled 240 billion euros and more than 100 billion more in a private sector debt write-off, but Athens struggled to meet the stringent austerity and reform conditions.

The Tsipras government was expected to have finalised a series of so-called reform “milestones” by mid-October but has been stuck on the details.

Analysts warned that the delay will put off the even more sensitive debate over reducing Greece’s massive debt pile, another key component of the bailout.

The IMF has said it will stay out of any further rescue of Greece if the country’s debt is not scaled back, but harder line countries such as Germany are loath to offer Athens any favours.

“Sigh. And all this before we even get into discussions on debt relief which are infinitely harder,” said analyst Raoul Ruparel, of the Open Europe think tank.

The Greek economy took a massive hit in July after Athens brought in capital controls in response to fears of a bank run following the announcement of a referendum on its bailout.

“The recapitalisation of the banks … is our key priority,” Dijsselbloem said.