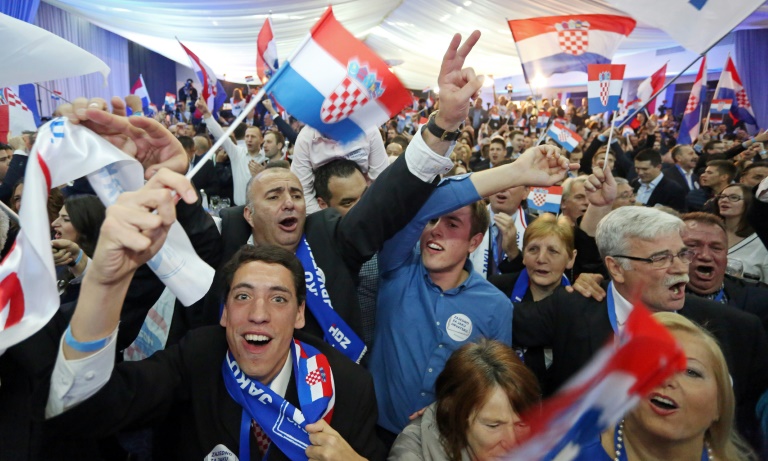 Croatia’s conservative opposition bloc took the lead over the ruling centre-left alliance in a closely-fought election Sunday, according to preliminary results based on a partial vote count.

The conservative bloc led by the HDZ party took 60 seats in the 151-seat parliament, while the Social Democrat-led governing alliance took 55 seats, said the results based on votes from nearly 27 percent of Croatia’s 6,500 polling stations.

The partial count showed another 19 seats went to new political party Most, which is likely to play a crucial role in negotiations over the formation of a government.

The remaining nine seats are to be shared by four minor parties, while eight seats are reserved for minorities.

The HDZ, now led by ex-spy chief Tomislav Karamarko, was ousted from power four years ago amid a series of unprecedented scandals involving its former leader and ex-prime minister Ivo Sanader.

But the centre-left government at the helm since then has disappointed voters by failing to reform the public sector and boost the business climate, although Croatia saw a slight return to economic growth this year after six years of recession.

Sunday’s election, overshadowed by a wave of migrants and refugees passing through the small country, is the first since Croatia joined the European Union in 2013, and it remains one of the bloc’s poorest-performing economies.