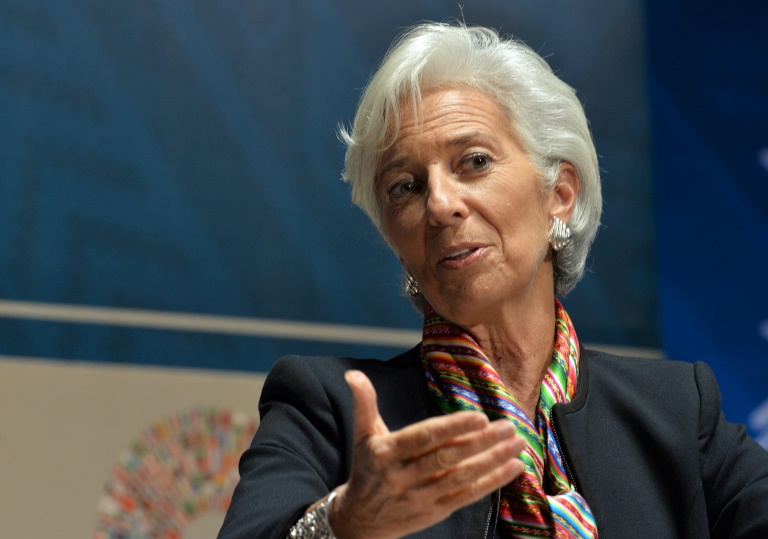 As International Monetary Fund chief Christine Lagarde’s mandate enters the final stretch, emerging-market powers seem hesitant about teaming up to try to wrest the job away from Europeans.

The IMF managing director has said she is “open” to seeking another term when her time is up in July 2016, while the so-called BRICS — Brazil, Russia, India, China and South Africa — seem divided about a power bid.

Questioned by AFP, Moscow and Brasilia refused to comment. But Pretoria seems to be already gearing up to contest the European leadership of the 70-year-old IMF, part of the tacit agreement with the United States that has kept an American as head of sibling institution the World Bank.

“Developing countries have insisted on a merit-based selection process, not the current arrangement where the Fund managing director is always a European,” said a spokeswoman for South Africa’s treasury department.

Though the complaint is not new, it has failed so far to produce change.

In 2011, the BRICS were unable to agree on a single candidate who would convey undeniable symbolic clout, leaving Mexico’s Agustin Carstens to pursue a losing battle against Lagarde.

It is an open question whether that would be different today.

“It’s too early to say. Let the situation become clear, which other candidates are in the race,” said an official at the Indian finance ministry.

“India may look to discuss with other nations like the BRICS,” the official said, speaking on condition of anonymity.

Hua Chunying, spokeswoman for the Chinese foreign ministry, was circumspect. “China has been in a good, sound, cooperative relationship with the IMF,” she said.

Since 2011, however, the situation has changed.

The five big emerging-market economies have strengthened their cooperation with a constant goal in mind: to challenge the West’s grip on the Bretton Woods sibling institutions by creating their own monetary fund and development bank.

They chafe at their underrepresentation at the IMF, where the voting rights of China, the world’s second-largest economy, are not even a quarter of the United States.

An IMF reform that would slightly correct the imbalance has been languishing for three years.

Cracks have appeared within the 188-nation IMF itself. In July, the institution’s number-two official, David Lipton, told the BBC that it was “much more likely the next time around than it has ever been” that the next IMF chief will be a non-European.

The prospect of a common BRICS candidate, however, faces a number of obstacles, according to experts interviewed by AFP.

The choice of a candidate, for starters. A former IMF chief economist who currently heads India’s central bank, Raghuram Rajan, has the ideal profile but he himself has torpedoed speculation.

Beyond the question of candidates, it would be tough to challenge Lagarde if she seeks another term because she has strong backing among the institution’s members, including the emerging-market economies.

“She has taken a number of steps to make the IMF more sensitive to emerging markets’ concerns and sought to increase their representation at senior levels of the IMF’s management and staff.”

According to Shi Yinhong, a professor at Renmin University of China, the battle seems to have a foregone conclusion because of the composition of the IMF executive board, which names the managing director and which remains dominated by Europeans and Americans.

“Given Western countries’ funding, their share of voting rights and their ability in and experience of managing international financial organizations, I believe the managing director candidate will still come from a developed country,” he said.

Two factors, however, could change the situation, according to Prasad: If the IMF decides to not include the Chinese currency, the yuan or renminbi, in its elite currencies basket and if the IMF governance reform remains blocked in the coming months.

“This could generate a more aggressive push by the BRICS to change the structure of the IMF’s management as well as its governance,” he said.

The IMF insists it has one wish, that the selection process remain “open” as it had been during the designations of previous managers general.