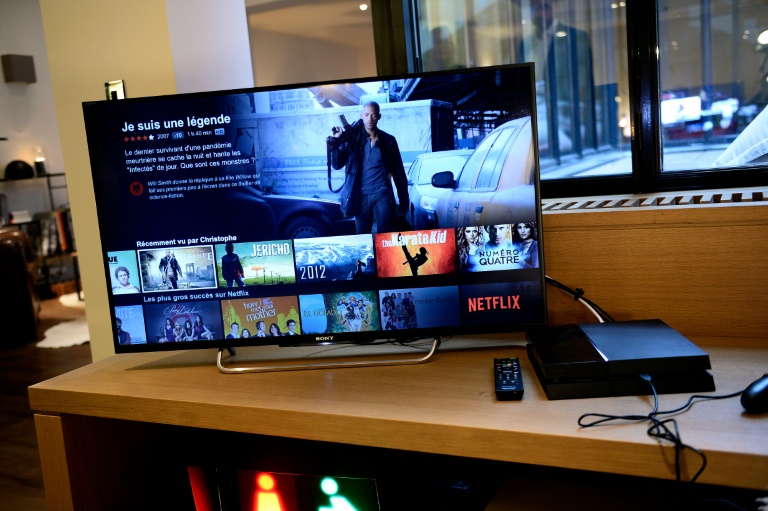 The major legacy television companies are struggling to find the formula to stem the loss of customers to Internet rivals like Netflix, Amazon and others.

Time Warner — one of the mainstays of the industry with its channels including TNT, Cartoon Network, WB and HBO — has seen its stock come under heavy pressure since lowering its outlook in its last quarterly update.

While Time Warner is still a major industry force, the loss of viewers translates to lower advertising revenues, raising the prospect of a downward spiral.

“Similar to the rest of the industry, ratings at our key domestic entertainment networks have declined to a greater degree than we anticipated a year ago and that will negatively affect ad revenue next year,” said chief financial officer Howard Averill.

“We are assuming declines continue at a similar rate in 2016.”

Elsewhere in the industry, 21st Century Fox reported lackluster results dragged down by its box office performance while CBS reported a rise in advertising revenues.

Walt Disney Co — which owns key television assets including ABC and ESPN — reported strong earnings including a record annual profit, but some observers remain skeptical whether the industry “dinosaurs” can stem the online juggernaut led by Netflix.

The traditional television firms, while working with Netflix, are debating whether to treat the streaming giant as a friend or foe.

While these firms may sell content to Netflix, they also are trying the Netflix formula of standalone online subscriptions for services such as HBO Now and CBS All Access.

“We’re seeing more companies starting to tell Netflix ‘We’re not going to sell you our content or as much of it anymore, or at least not at the same price that we were,'” said James McQuivey, analyst at Forrester Research.

“They want to undermine Netflix at this stage because they decided that Netflix is too powerful. And partly it’s a negotiating tactic, because there are things they want from Netflix that Netflix isn’t giving them. They want it to pay more money for their shows, they also want Netflix to share data with them.”

CBS is taking a new approach by launching its updated “Star Trek” series on its online service.

McQuivey calls this “a really smart idea,” adding that “CBS knows there are millions of Star Trek fans” who will pay for it.

McQuivey said the major TV companies “have been in experimentation mode” with digital but now need to step up those efforts.

“The experimentation has taught them that they can make some money in digital, but now it’s time to optimize the money they make,” he said.

Streaming services like Netflix, Hulu, Amazon and others meanwhile are creating original programming, adding to the tensions between old and new media groups.

Some executives like Discovery’s CEO David Zaslav argue that streaming services are eating the lunch of traditional TV firms and question the model of handing over too much content at too low a price.

Comcast’s NBCUniversal, one of the other major TV operators, is fighting back with its own streaming service called Seeso, offering original comedy programs.

NBCU’s Evan Shapiro said big services like Netflix can confound viewers with too many choices.

“By focusing on a specific, yet large niche, and providing a curated experience, we can help viewers find good stuff they might not or cannot find,” he said.

Time Warner chairman and chief executive Jeff Bewkes said this week the company is considering holding back some of its programs from streaming operators for a longer period.

“We are evaluating whether to retain our rights for a longer time and forego or delay certain content licensing,” he said.

Its HBO unit already has a three-year wait before it allows programs to be shown on Amazon Prime in the United States.

“When we made these decisions to sell these shows to Netflix, those decisions made the most sense for us in terms of the economics,” he said.

“Longer-term, it’s possible that we’ll make different decisions based on other factors.”

Executives are also being forced to acknowledge that consumers are gravitating to online services because they offer convenient on-demand viewing, often with little or no advertising.

Iger noted that “consumers are demanding a better user experience, and they are migrating to platforms and services that deliver it.”

The Disney chief said that “consumers now dictate where they want to access media, and it is essential for legacy distributors to crack the mobile code.”

Bewkes said that “in our efforts to improve the consumer experience on our networks, we are also looking for opportunities to reduce our ad loads.”