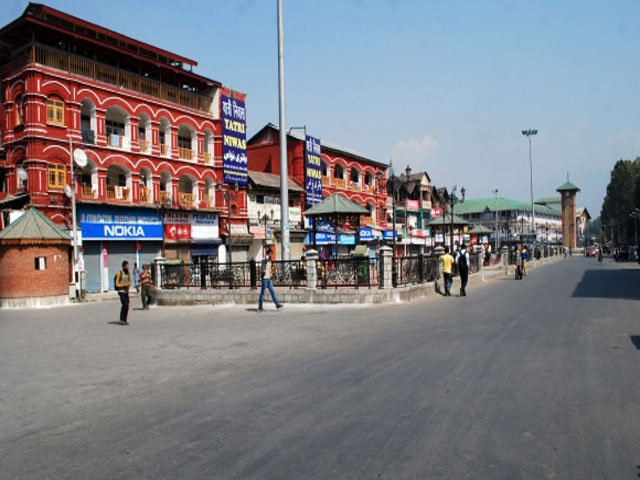 Srinagar: Normal life in Kashmir was disrupted due to a strike called by separatists to protest the death of a youth in police action at Zainakote even as authorities imposed restrictions in seven police station areas of the city as a precautionary measure.

Shops and business establishments remained closed in most parts of the city due to the strike call given by both factions of the Hurriyat Conference and JKLF to protest the death of Gowhar Ahmad Dar yesterday, officials said.

While public transport service were mostly off the roads, few cabs and private vehicles could be seen plying on the roads, the officials said.

He succumbed to injuries at a hospital.

Dar’s death led to more protests in Zainakote and adjoining areas which continued till late in the night.

A police spokesman said the situation across Kashmir Valley was peaceful so far with no untoward incident reported from anywhere.