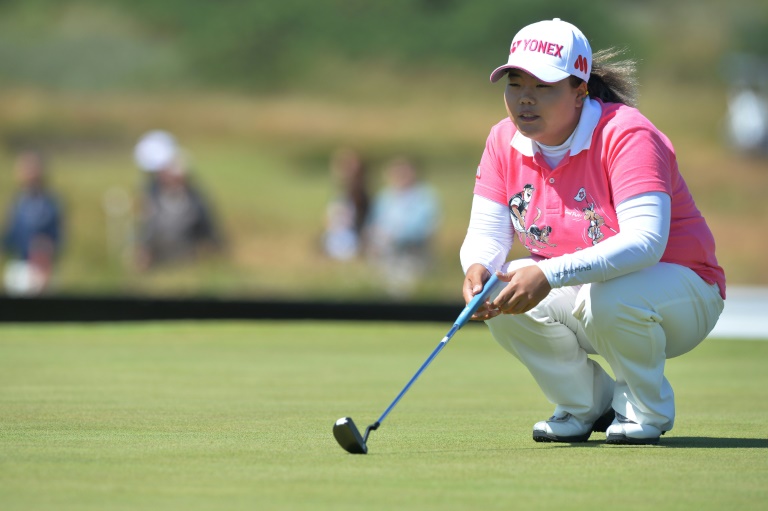 The 28-year-old calmly sank a five-foot birdie putt on the first playoff hole after finishing the 54-hole tournament tied with a 16-under-par total of 200 alongside fellow Korean Lee Ji-Hee and American Angela Stanford.

A superb six-iron approach from 165 yards set up Ahn’s coup de grace on the first extra hole after firing a final-round 67 in drizzly conditions at the Kintetsu Kashikojima Country Club in Mie prefecture, western Japan.

“I didn’t think I could win the tournament but it’s a nice surprise,” said Ahn after her 27th professional win, the bulk of them coming on the Japanese tour. “I’m so happy.”

Stanford, who also closed with a 67, narrowly missed a 30-footer at the 18th in the playoff but paid tribute to Ahn’s clutch approach shot.

“Sun-Ju hit a really good shot in there,” said the American after coming up just short in her bid for a sixth LPGA victory. “If you stick it on 18, with this hole, you deserve birdie and you deserve to win.”

Overnight leader Jenny Shin carded a round of 70 to take fourth place and miss the playoff by a single shot while, Thailand’s Aryia Jutanugarn finished fifth after shooting the round of the tournament, an eight-under-par 64.