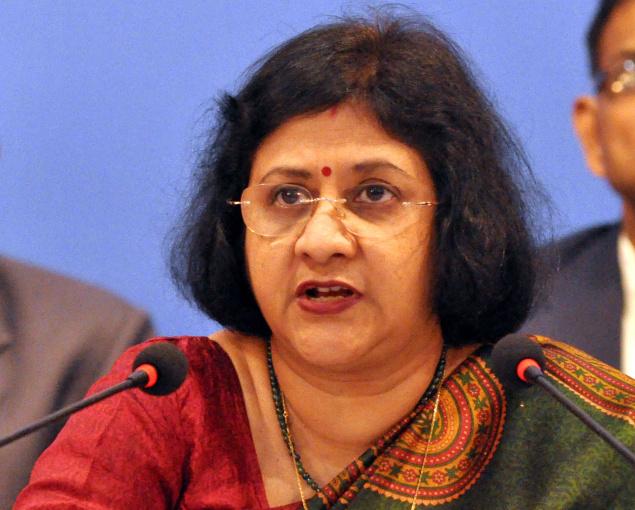 Arundhati Bhattacharya, Chairperson of country’s largest bank SBI, remains the most powerful woman in the Indian business sector, according to Fortune India.

Interestingly, all the top-five rank holders retained their positions from the previous year barring Jayanthi who was at seventh position last year.

Moreover, there are only two debutantes in the Fortune India list of 50 most-powerful businesswomen for 2015.

Meena Ganesh MD and CEO at Portea and Jyoti Deshpande Group MD and CEO at Eros International have made their debuts at 43rd and 50th positions, respectively.

On SBI chief, the magazine said: “SBI’s financials tell the story of her successful tenure, but it is Bhattacharya’s drive that has strengthened her position at the top.”

“In her short career as first woman heading one of the oldest commercial banks in the region, Bhattacharya was instrumental in pushing several reforms, including revision of terms for infrastructure loan,” Fortune India noted.