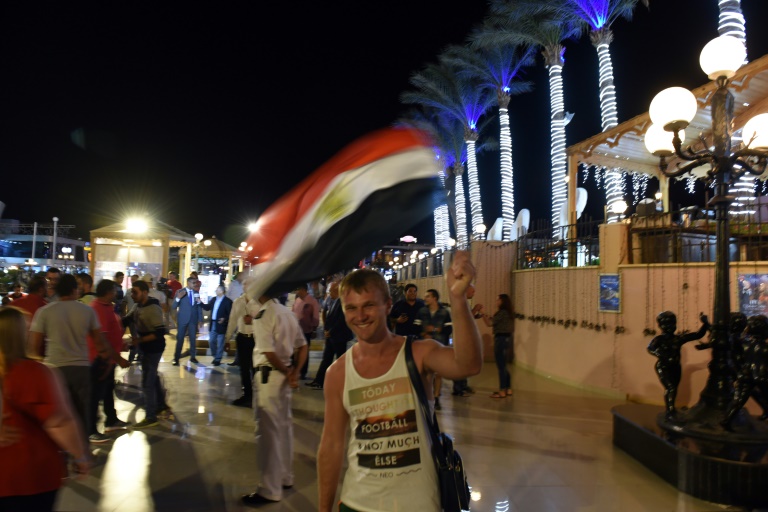 Moscow and London were ramping up efforts to pull out thousands of stranded tourists from Sharm el-Sheikh on Sunday, after Egypt said it was too early to know whether a bomb brought down a Russian plane.

Britain and the US, as well as international investigators, suspect a bomb exploded on board the Airbus minutes after it took off from the Red Sea resort en route to Saint Petersburg, killing all 224 people on board.

Russia, which lost the most people in the disaster, has stopped all flights to Egypt and Britain has halted air travel to Sharm, while several other countries have warned their nationals not to fly to the resort due to security fears.

Tens of thousands of people have been left stranded for days by the clampdown, which Egyptians fear could deal a heavy blow to their vital tourism industry, already battered by years of unrest.

Egypt has dismissed a claim from Islamic State jihadists that they brought down the plane, and on Saturday the head of its investigative committee said the cause of the crash was still not clear.

“Initial observations… do not allow for identifying the origin of the in-flight break-up” of the aircraft 23 minutes and 14 seconds after it departed from Sharm, Ayman el-Mokkadem said.

“A noise was heard in the last second” on the voice recorder, he said, adding: “A spectral analysis will be carried out by specialised labs in order to identify the nature of this sound.”

Egyptian Foreign Minister Sameh Shoukry said foreign intelligence that triggered the international travel restrictions had not been shared with Cairo.

Sources in France close to the investigation told AFP that black box data pointed to a bomb exploding and of the sudden, violent demise of the Airbus.

British Prime Minister David Cameron has said a bomb “had more likely than not” been the cause of the disaster.

As the investigation continued, Britain and Russia were sending in planes to evacuate their nationals.

Russians comprise the bulk of tourists who visit Red Sea resorts such as Sharm el-Sheikh each year, and nearly 80,000 are currently in Egypt, a Russian official told AFP.

Russia will send 44 planes to repatriate its nationals, the Russian Federal Air Transport Agency said, and repatriations are expected to take a fortnight.

Britain has also started flying out the 20,000 people thought to be in Sharm el-Sheikh when the jet crashed just over a week ago, but officials warned the repatriation process could take days.

“With a limited number of flights able to leave Sharm el-Sheikh each day for the UK, it is likely that tour operators or airlines will advise some people to extend their stay,” a government spokesman said.

“I have to fly out today at any cost; my son is getting married tomorrow, and I am still here,” said desperate British holidaymaker Jane Kelly.

Flight numbers have been limited because both Russia and Britain have banned tourists from bringing their check-in luggage, which will be flown home separately.

That restriction has prompted Egypt to limit the number of daily repatriation flights because it says there is only so much baggage its airports can accommodate.

“It was madness,” said Marc Standen, who arrived back in Britain Saturday, describing the airport at Sharm.

“Their security is terrible and they are completely overwhelmed,” he added.

Kremlin spokesman Dmitry Peskov told news agencies the decision to restrict flights did not mean Moscow believed that the crash — the worst aviation disaster in Russia’s history — was due to an attack.

The head of Russia’s emergencies ministry said Russian experts had taken samples from the crashed jet and were testing for any traces of explosives.

The Islamic State group said it downed the plane in retaliation for Russian air strikes in Syria, but has not said how.

If it was behind the attack, it would be the first time the jihadists, who control large areas of Syria and Iraq, have hit a passenger plane.

US President Barack Obama has said Washington is “seriously” considering the possibility of a bomb on board, and Washington has stepped up security on US-bound flights from some Middle East airports.

Meanwhile, British media reported that a Thomson Airways plane heading for Sharm came within 1,000 feet (300 metres) of a rocket in August.

British authorities concluded it was connected to Egyptian military exercises, and an Egyptian foreign ministry spokesman called the allegation “preposterous”, saying it was an exercise and airlines had been warned in advance.