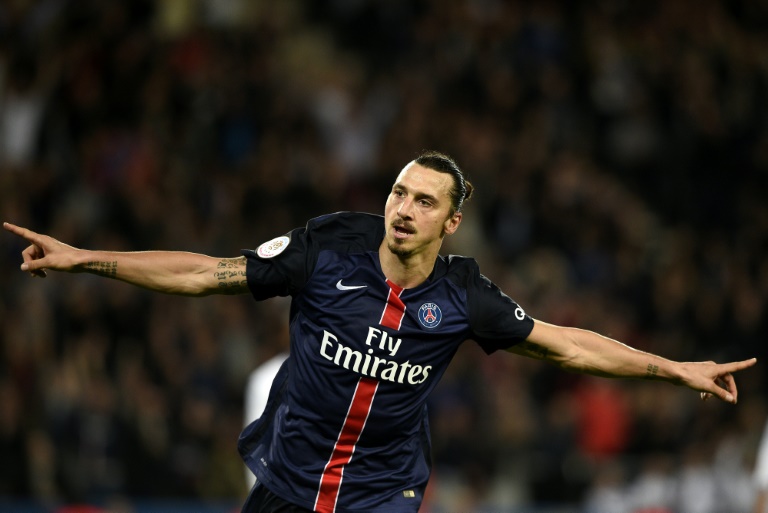 Zlatan Ibrahimovic scored twice as Paris Saint-Germain extended their huge lead at the top of Ligue 1 by destroying a hapless Toulouse 5-0 at the Parc des Princes on Saturday.

Frustrated by their inability to put the ball in the net in a Champions League defeat to Real Madrid in midweek, PSG saw Angel Di Maria open the scoring on their return to domestic duty before Ibrahimovic got a brace either side of a Lucas goal and Ezequiel Lavezzi completed the rout.

The win saw the reigning French champions continue their unbeaten start to the domestic season as they made it seven league victories in a row.

The campaign is only 13 games old but they are already 13 points ahead of Lyon and Saint-Etienne — who meet each other on Sunday evening — as well as Angers, who were beaten 2-0 at home by Rennes on Friday.

However, Caen will have the chance to close the gap to a mere 11 points if they can win at home to Guingamp later on Saturday.

Laurent Blanc’s side dominated Madrid at the Santiago Bernabeu on Tuesday only for their finishing to let them down as they succumbed to a 1-0 defeat but their finishing was better here and it was a day to forget for struggling Toulouse.

The visitors started the day in the relegation zone and had not won in 11 league games since the opening weekend of the season, so an away win would have been an enormous upset.

As it was it took Paris just six minutes to open the scoring thanks to Di Maria. The Argentine hit the bar from a late free-kick in Madrid but on this occasion his dead-ball delivery from 40 yards, which was not intended as a shot, evaded everyone on its way into the net.

The hosts continued to create openings but their second goal in the 18th minute was something of a gift from the Toulouse defence as on-loan Monaco man Marcel Tisserand inexplicably headed the ball back across his own six-yard box to leave Ibrahimovic a simple finish.

The Swede and Di Maria both had chances to increase the advantage prior to the interval while Edinson Cavani was denied by a good Ali Ahamada save at the start of the second half before Toulouse created their first opportunity of note from a Jean-Daniel Akpa-Akpro ball across the box that passed just beyond the reach of Martin Braithwaite.

However, Blanc freshened up his attack with the introduction of Lucas and Lavezzi in place of Cavani and Di Maria and it was the Brazilian who made it 3-0 on 66 minutes, starting the move and then continuing his run to the back post where he headed home Gregory van der Wiel’s cross.

Lucas played his part in the fourth goal which arrived with a quarter of an hour remaining, as his shot was beaten away by Ahamada and Ibrahimovic arrived to convert the follow-up.

Ibrahimovic was rested for last weekend’s 1-0 victory at Rennes but he has now found the net nine times in his last six Ligue 1 appearances.

Lavezzi put the seal on an utterly comprehensive win with just his second of the season on 78 minutes as PSG extended their unbeaten run in Ligue 1 to 22 matches since March.