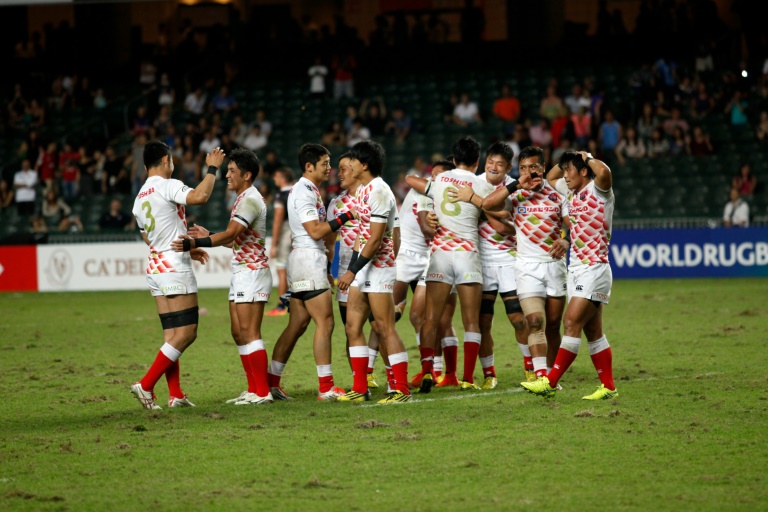 Japan beat Hong Kong 24-10 in a nail-biting final of Asia’s rugby sevens qualifying tournament on Sunday, to secure a spot at next year’s Rio Olympics.

The Japanese, who had not conceded a point on the way to the final, trailed the hosts 10-0 at half-time but they hit back with four second-half tries to book their ticket to Brazil.

Coach Tomohiro Segawa said after the match that the victory was “exciting”.

“We panicked a bit (in the first half). But we started again from zero in the second,” he told AFP through his interpreter.

Japan had roared through the tournament with victories over Taiwan, Singapore, South Korea, China and Sri Lanka.

Segawa said: “We were given confidence when we beat South Africa. I can feel the boom in rugby after the 15-a-side. Many people also watched the sevens.”

The final result was heartbreaking for Hong Kong, who kept Japan pinned down in a tigerish first half and were also defeated by the Japanese last year in the Asian Games.

Hong Kong captain Max Woodward told reporters: “To go from 10-nil up to lose the game is tough but that’s sevens.”

Japan will now take their place along with 11 other sides next year in Rio de Janeiro as rugby returns to the Summer Games after a gap of 92 years.

Dominant Japan also beat Kazakhstan 22-0 in the first round of the women’s qualifying tournament, which concludes later this month in Tokyo.