Home Sports Djokovic the master as Murray wilts in Paris 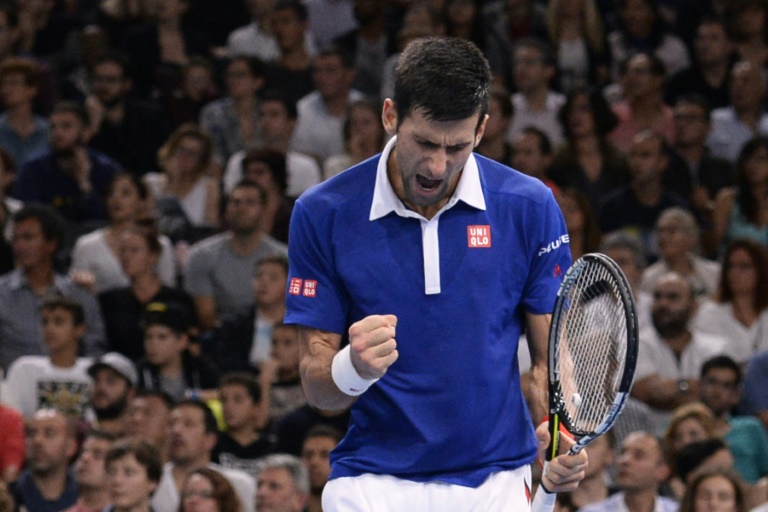 Novak Djokovic won his sixth Masters title of the year on Sunday when he defeated Andy Murray 6-2, 6-4 in Paris to put the finishing touches on one of the greatest years in tennis history.

The top seed won the series-closing title for an unprecedented third straight year and a fourth time in all as he dominated the Scottish second seed from start to finish in 1hr 32mins.

The win brought Djokovic’s final regular season win-loss record to a stunning 78-5 and took his unbeaten run, stretching back to August 23, to 22 matches.

He will now go on to the World Tour Finals in London having won three out of four Grand Slam titles and six out of nine Masters 1000 series titles in 2015.

“It was a tough match today and I wish Andy all the best for the rest of the season both in London and the Davis Cup final. I know you want to to do well, Djokovic said.

In what was the first Paris Masters final since 1990 featuring the top two seeds, Djokovic stamped his authority on the match from the start.

He won eight straight points from the end of the first game to move clear and pile the pressure on Murray, who had lost nine out of the last 10 matches between the two.

The Scot looked increasingly tight and edgy, electing to play a series of drop shots to avoid a baseline battle with Djokovic which he was so far losing comprehensively.

Another dropped serve by Murray in the seventh game saw the Serb then pocket the set 6-2 in 42 minutes.

When a rampant Djokovic broke again in the third game of the second set it looked all over, but out of the blue Murray broke to love to revive his hopes.

Playing for the first time in the Paris final, the Scot moved 3-2 up and had pressure on Djokovic’s next serve.

But as he has done all year, the Serb dug deep to level and then break again in the following game as Murray faltered.

Two games later it was all over, Murray stabbing a backhand wide as Djokovic raised his arms in triumph over what he had achieved.

At just 28, it was his 26th Masters Series title, just one shy of Rafael Nadal in first place.

“It’s been a great year for him again. He fully deserves the number one spot, hopefully I can get a little bit closer next year,” Murray said.

“It’s been a great week for me, the first time past the quarter-finals here. It’s progress and I’ll try next year to go one better.”

Murray made it clear before Paris that his priority for the year was the Davis Cup final against Belgium in Ghent in late November when he will try to win the trophy for Britain for the first time since 1936.