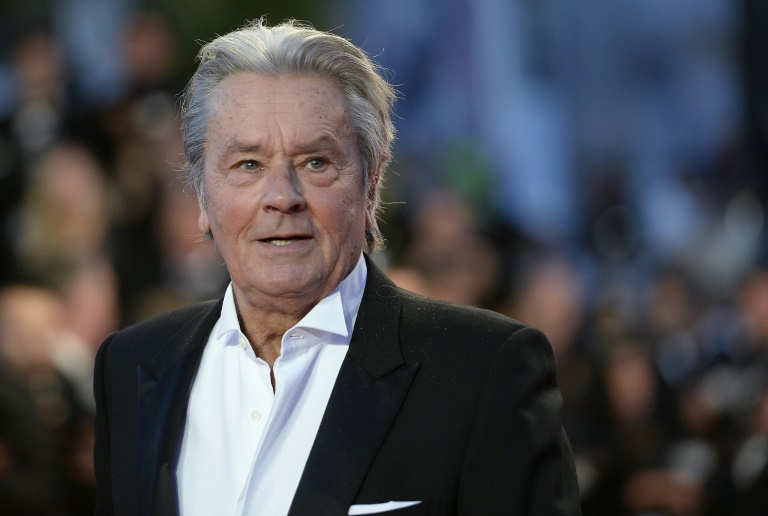 To some he was the sexiest man of the 20th century, to others he is an egotistical cad. But as the actor Alain Delon turns 80 on Sunday, France still can’t make up its mind about its greatest screen seducer.

As a slew of new French and Italian television documentaries puzzle over the enigmatic star, even Brigitte Bardot, one of Delon’s oldest friends, has admitted she, too, has never quite solved the riddle.

“You are that eagle with two heads, the ying and the yang, the best and the worst,” the 1960s film icon wrote in a birthday note to Delon seen by AFP. “You are inaccessible and yet so close, cold yet burning hot.”

The pair claim never to have been lovers despite being the Venus and Apollo of the golden age of French post-war cinema.

Her legend was launched with “And God Created Woman” in 1956, his four years later playing pretty boy killers and mysterious schemers in such classics as “Plein Soleil” — later remade as “The Talented Mr Ripley” — and Luchino Visconti’s “The Leopard”.

Delon set the template for one of Hollywood’s favourite tropes — the mysterious, cerebral hitman — with his staggering performance as the silent killer in Jean-Pierre Melville’s “Le Samurai” (1967).

Directors from Martin Scorsese and Quentin Tarantino to Jim Jarmusch and Steven Soderbergh as well as Hong Kong’s John Woo all acknowledge their debt to the inner life Delon gave his stylish killer.

The whiff of sulphur that came with that angelic face also proved an irresistible combination to a long line of glamorous actresses who fell for Delon.

All these very public affairs ended in heartbreak, tragedy even in the case of his long and complex relationship with the German actress Romy Schneider — “the love of my life” he has often repeated — who died after taking a mix of alcohol and painkillers in 1982 after her son died in a freak accident, impaled on a railing.

“I was programmed for success, not happiness. The two don’t go together,” said Delon, who lives alone with his dogs in the country near Paris.

Yet Delon claims to have always defined himself through the women in his life.

“It’s in them, through the look in the eyes of my first wife, Nathalie, from Romy, Mireille (Darc) or the mother of my children (Rosalie van Breemen) that I drew the motivation to be who I am, to do what I had to do,” he said.

For film historian Jean-Michel Frodon, no other French male actor in the last half century “has had the same screen presence”. Yet Delon never made the transition to Hollywood, despite his huge following in China and Japan, which would later drive sales of his perfume brand.

“He had this infernal beauty, it’s hypnotising… You can look at photos of him for hours and hours,” Vincent Lindon, who won the best actor award at this year’s Cannes film festival, told AFP.

But the fascination with the actor goes beyond his films and his tempestuous love affairs to his troubled childhood, the trauma of his time as a teenage soldier fighting to keep Indochina French and his later failings as a father.

While still living his “great passion” with Romy Schneider, Delon reportedly fathered a son with her compatriot, the Velvet Underground singer Nico.

While he denies to this day the child was his, Delon’s mother brought the boy up. They both have the same piercing blue eyes and a smile that can stop traffic.

– Links with the far right –

His complicated private life at one time even engulfed a French president and his wife in scandal.

Delon didn’t just play gangsters, they were also his friends. He was arrested in 1968 after his bodyguard, Stevan Markovic, was found with a bullet in his neck.

Police suspected Markovic of having an affair with Delon’s wife Nathalie. Before the case was finally dropped, unsolved, a gangster friend of Delon’s spent a year in prison charged with the killing. By that time the then French president Georges Pompidou and his wife had been dragged into the so-called Markovic affair amid lurid rumours of sex parties and blackmail.

Delon quit acting 15 years ago returning only once to the screen since to play Julius Caesar in an Asterix film.

A vocal animal rights activist like his old friend Bardot, many accuse him of becoming misanthropic, with a 2013 survey saying a majority of French people now found this “sacred monster” to be a “megalomaniac… reactionary provocateur”.

Having once been feted for his portrayal of a man mistaken for a Jew and sent to a Nazi concentration camp in Joseph Losey’s “Mr Klein”, Delon has become one of the most high-profile supporters of France’s rising far-right National Front, founded by his “dear friend of 50 years” Jean-Marie Le Pen, a Holocaust denier.

Delon stirred further controversy last week by jumping to the defence of ex-minister Nadine Morano who declared France was a “white race country” that she didn’t want to see become Muslim.

“She has the balls to say it,” Delon said. “I take off my hat to her. I don’t give a shit, I say what I think and I will continue to do so.”