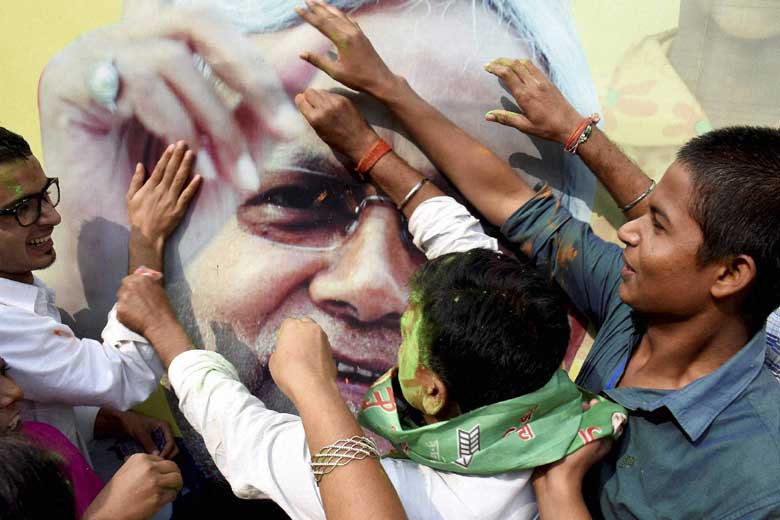 Biharis are the smartest of the lot, when it comes to being astute and pragmatic, I can say that with experience. The Bihar verdict is a thumbs-down to lunatic fringe elements in the Bharatiya Janata Party (BJP) and a victory for the development agenda.

For many amongst the youth, this win is for Bihari pride, but more importantly, it is a vote against the lunatic fringe, which has become a baggage for Prime Minister Narendra Modi.

BJP overexposed the Prime Minister and they must do some introspection on whether one man can be saddled with all the campaigning. 30 rallies by the PM, and 10 Cabinet Ministers camping in Bihar. Sure, some heads must roll for what caused the BJP defeat. The verdict is significant because it has wider national ramifications.

Opposition will be united: The grand alliance experiment may now be tried in other states like Uttar Pradesh and Punjab to take on the BJP, and in the upcoming Parliament session too. Expect some opposition fireworks.

Wake up call for BJP

It is a rude jolt for the BJP and PM Modi will have to seriously rethink the political strategy. If he is unable to control the loonies in his party, it will lead to further damage to his government’s prospects, as he was voted in by Indians on the plank of development. The belief is that he is drifting from the agenda.

The Bihar verdict has also revived fortunes for Lalu Prasad Yadav’s Rashtriya Janata Dal (RJD). Lalu’s caste arithmetic worked well and the votes of the alliance got consolidated. Repeated statements by some BJP leaders polarised Muslim voters to vote overwhelmingly for the grand alliance. This, despite the fact that parties like All India Majlis-e-Ittehadul Muslimeen (AIMM) and Samajwadi Party (SP) sought to split the Muslim vote.

Nitish Kumar emerged as the face of the election, despite intense negative campaigning against him. The grand alliance presented a credible and balanced face in contrast to the BJP and its allies, which didn’t have any state or central leader, who was projected as the CM’s candidate.

Domestic politics in India does have a bearing on global politics and Modi’s personal stature does get impacted with election results like these. While this is not the end of the road, the Prime Minister must do an introspection of why the voters in Bihar rejected his appeal. He has to step in and control the loony elements in the Sangh Parivar and work on a development oriented strategy and ensure the cohesion which India wants.