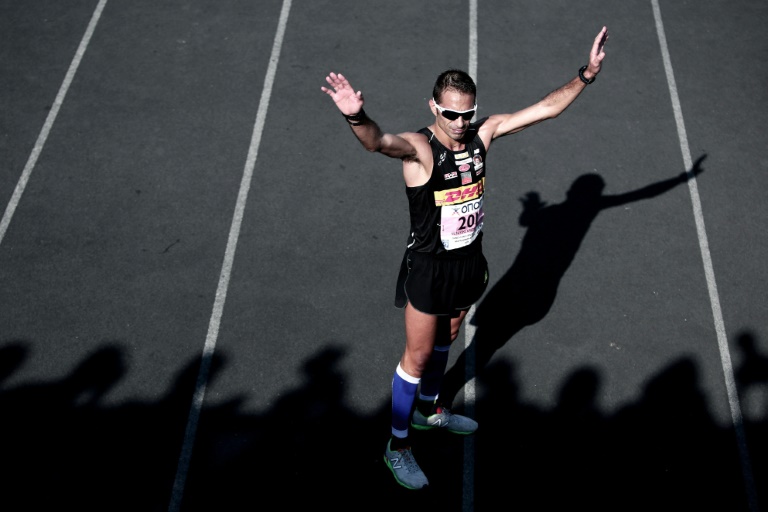 The 33-year-old runner finished the 42 kilometre (26 mile) course in two hours, 21 minutes and 22 seconds, almost six minutes faster than the runner up.

Because of financial issues the Greek athletics federation SEGAS decided last August to exclude elite runners from this year’s competition so as to remain within budget.

With an economic crisis in full bloom the government has cut down drastically on overspending at sports federations.

Last year’s competition was won in a course record 2:10.37 by Kenya’s Felix Kipchirchir Kandie followed by three of his countrymen.

Second behind Merousis in this year’s race was Dimitrios Theodorakakos in 2:27.03 and third was Dimosthenis Evangelidis in 2:27.28.

With bright, sunny conditions 14,728 people took part, around half the number from those who ran last year.

The race began just a short distance from the tumulus erected for the Greek dead of the battle of Marathon and finished at the all-marble Panathenaic Stadium, site of the first modern Olympics in 1896.

According to legend, the distance from Marathon to Athens was first run by Pheidippides, an Athenian messenger who in 490 BC dashed to the democratic city states of Athens and Platea to announce victory of the citizen soldiers of Athens over forces from the Persian empire, before keeling over and dying of exhaustion.