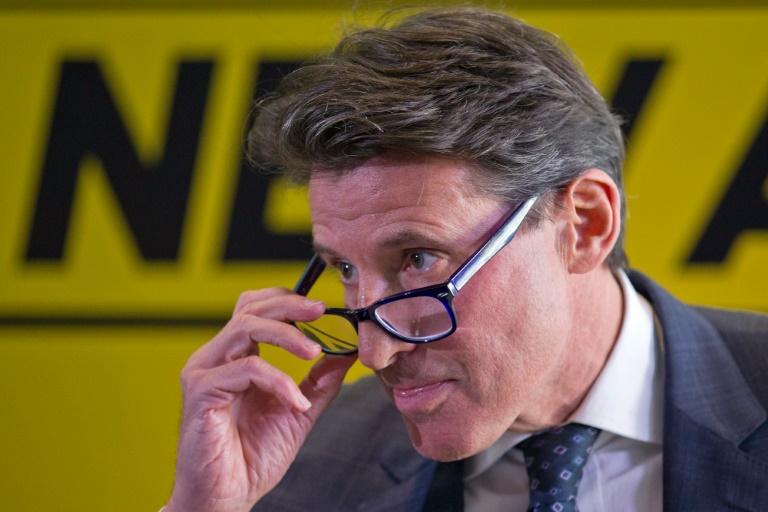 World athletics chief Sebastian Coe has labelled as “abhorrent” allegations of doping bribery within athletics after his predecessor was arrested by French police.

“That people in our sport have allegedly extorted money from athletes guilty of doping violations is abhorrent,” said International Association of Athletics Federations (IAAF) president Coe in a statement to Britain’s Sunday Times newspaper.

Lamine Diack, Coe’s immediate predecessor, was charged by French police with corruption over suspicions he took bribes worth more than one million euros ($1.09 million) to cover up doping cases involving Russian athletes.

The IAAF have also opened disciplinary proceedings against one of Diack’s sons and three others, their own former treasurer and ex-doping chief.

However, Coe in his first response to the latest crisis to hit track and field, added: “That they were not able to cover up the doping results is testament to the system that the IAAF and WADA (World Anti-Doping Agency) have jointly put in place.”

Coe said disciplinary procedures would be strengthened if current systems were found to be inadequate.

“Where there are fragilities in the system that may have allowed extortion, no matter how unsuccessful, we will strengthen them,” said Coe.

“We will take the hearing process out of the hands of individual member federations.”

Coe, a two-time Olympic 1500 metres gold medallist for Britain, took over as head of the IAAF from Diack in August, vowing to clean up the tainted sport.

But according to a report due to be published Monday, the scale of doping corruption and money laundering within athletics dwarfs the financial scandals engulfing FIFA.

An independent commission set up by WADA is due to publish its findings on Monday and report co-author Richard McLaren told the BBC: “This is going to be a real game-changer for sport.

“You potentially have a bunch of old men who put a whole lot of extra money in their pockets — through extortion and bribes – but also caused significant changes to actual results and final standings of international athletics competitions.”

The report is expected to be critical of both the IAAF and Russian athletics officials.

“Every doping case currently being investigated by WADA was first identified by the IAAF through its athlete biological passport (ABP) programme,” said Coe in the statement.

“We are not complacent. Every athlete found in violation has been charged and sanctioned.”

Coe added the IAAF has tested more than 5,000 athletes since 2009 and that this was proof of their determination to ensure athletics was a clean sport.

“We will continue to lead the fight against drugs in sport on behalf of all clean athletes,” he said.

“Those that cheat will be caught. Those that are caught will be thoroughly investigated and the guilty will face the fullest sanctions available.”

In August, the Sunday Times published a separate report on a leaked database of 12,000 blood tests from 5,000 athletes that revealed “extraordinary” levels of doping.

Coe’s response at the time was to call the newspaper’s report a “declaration of war” on athletics, adding: “There is nothing in our history of competence and integrity in drug testing that warrants this kind of attack. We should not be cowering. We should come out fighting.”

Those comments and the fact Coe had served as IAAF vice-president under Diack, led some observers to cast doubt on whether he was best-placed to oversee a clean-up of athletics.