Home World Unease and expectation as Myanmar prepares to vote 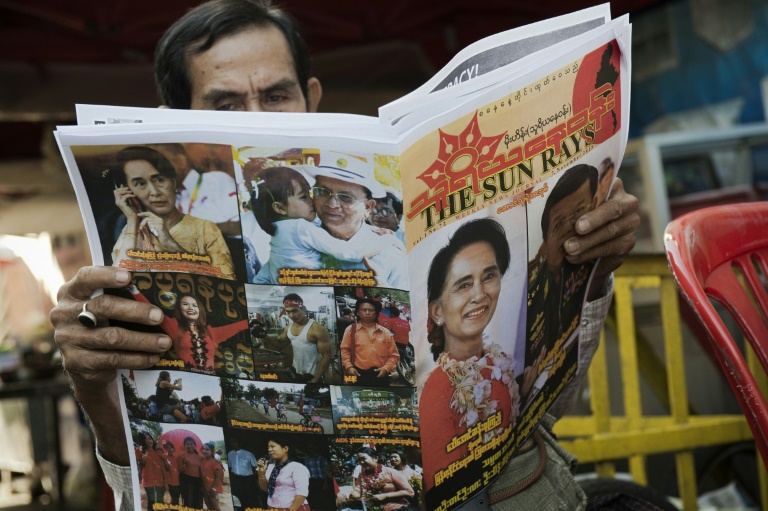 Final preparations were under way on Saturday for Myanmar’s first meaningful election in a generation, the day before a historic poll that could see Aung San Suu Kyi’s opposition launched to power after decades of army rule.

Her National League for Democracy party is tipped to emerge as the largest party in parliament, a result that would upend Myanmar’s political landscape, which has been dominated by the military since independence.

President Thein Sein, a former general who has led reforms since the sudden end of outright junta rule in 2011, insists his government — and the powerful army — will respect the outcome of the vote.

He has also urged the public to cast their ballots in an election billed as the centrepiece of reforms.

But tens of thousands of ethnic Rohingya Muslims in western Rakhine state have been disenfranchised, while ethnic rebellions mean the vote will not be held in some areas.

Independent election monitors also fear many voters — especially in constituencies home to large numbers internal migrant workers — may have been missed from the voter list.

Meanwhile, the head of the European Union’s delegation of observers said the army did not grant access to advance voting in military bases, where tens of thousands of soldiers are expected to have cast their ballots.

“Any time we can observe it will increase transparency,” Alexander Graf Lambsdorff told AFP.

The public remains instinctively cautious in a nation where the army has repeatedly reacted to political challenges with violence or simply ignored the result of unfavourable elections.

“I don’t like this government, they are corrupt… I believe there will be some (vote) fraud, but I think Suu Kyi won’t be like them,” said Win Mar Oo, who runs a grocery.

Like many in the country, the 36-year-old is a first time voter. She stayed away from 2010 polls boycotted by the NLD and seen as sham by the international community and was too young to vote in the last elections contested by Suu Kyi in 1990.

Then the NLD won a landslide, but the army annulled the result and tightened their hold on power.

Authorities have computerised the electoral roll for the first time in an effort to ensure a free and fair vote across a vast, poor country.

Final touches were being put to polling stations on Saturday, as authorities in Yangon took ballots to homes of the sick and elderly as advance voting drew to a close.

“I hope the president will keep his promise,” said security guard Aung Htay, 54, referring to a speech by Thein Sein late Friday in which he vowed “the government and Tatmadaw (army) will respect” the vote.

But the president added the new government must be “in conformity with the constitution” — a possible warning to Suu Kyi, who on Thursday declared an NLD win would see her take on a role “above the president”.

Suu Kyi is barred from the nation’s top office by a clause in the charter that states that anyone with a foreign spouse or children cannot become president. Her sons and late husband are British.

Myanmar was ruled for half a century by a despotic and paranoid junta that crushed pro-democracy movements, closed the country off to the outside world and drove a once flourishing economy into the doldrums.

But in 2011 the military ceded power to a quasi-civilian government led by President Thein Sein, a former top-ranking general.

The wave of reforms that followed loosened the military chokehold on the nation, but suspicion of the government’s intentions lingers, even in the country’s civil service.

“We have to wait and see whether the president keeps his promise,” to respect the election outcome, one government official told AFP, requesting anonymity.

“We want change,” the official added.