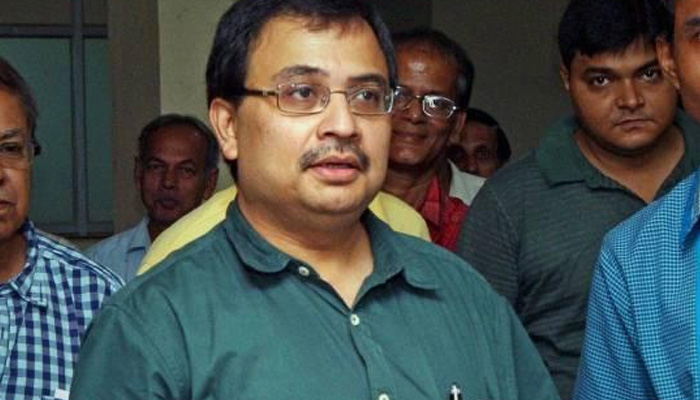 Kolkata: The health condition of Kunal Ghosh, suspended Trinamool Congress MP who is an accused in Saradha chit fund scam, deteriorated on Friday night on the 29th day of his hunger strike following which he was admitted to the jail hospital.

Ghosh, who is lodged at the Presidency Correctional Home, complained of breathlessness, muscle cramps, severe stomach pain and shivering following which jail doctors attended to him and described his condition as “very critical”.

They suggested that be shifted immediately to a hospital, preferably state-run SSKM hospital, a senior jail official said.

Ghosh is on hunger strike demanding the arrest of others who were involved in the scam.

The jail superintendent did not shift him to SSKM hospital as there was no order to that effect, the official said. Three doctors from SSKM were summoned to the correctional home to attend to Ghosh.

The doctors arrived at around 12.45 am but Ghosh did not cooperate with them, the official said.

However, IG (Prison) South Bengal KK Mukherjee on Saturday said that the condition of Kunal Ghosh was “medically stable and he is presently lodged in the jail hospital”.

When asked whether Ghosh had asked to be shifted to a private hospital, Mukherjee said they had not received any application from him in this regard.

While making his own submission before CBI judge Arvind Mishra on September 14, Ghosh had threatened to go on indefinite hunger strike and questioned why others involved in the scam were not arrested by the central agency.