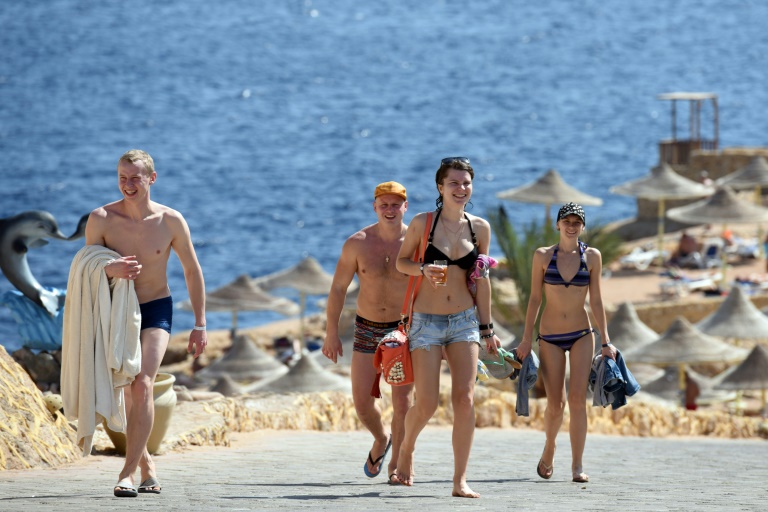 Moscow has said a total of 78,000 of its nationals are currently on holiday in Egypt.

“Two Ilyushin-76 planes should take off today for Egypt to transport the Russian tourists’ bags,” the ministry said Saturday.

“The return of the tourists will be carried out in accordance with their planned stay in Egypt and the dates on their (homeward bound) plane tickets,” it said.

Irina Tyurina, a spokeswoman for the Russian Union of the Tourism Industry, had earlier told AFP earlier that Russian holidaymakers would not be required to return home if they did not want to.

The number of Russian tourists travelling abroad has gone down significantly because of a plunge in the value of the ruble on the back of falling oil prices and Western sanctions over the Ukraine crisis.

But affordable destinations such as Egypt are still popular with Russian holidaymakers, especially during school holidays.

Russia halted flights to Egypt after dismissing growing evidence that the plane might have been bombed by jihadists in an apparent act of revenge for Moscow’s bombing campaign in Syria.

President Vladimir Putin’s spokesman insisted the decision to suspend flights did not mean that Moscow believed the crash was caused by a deliberate attack.

Political analyst Stanislav Belkovsky said on Russian radio: “Putin understands that this is a terror attack, an attack which is a direct consequence of the military adventure in Syria which could not and cannot be justified from the point of view of Russia’s national interests.”

Summing up what the Kremlin was likely thinking, he added: “But on the other hand, let’s pretend that this is not true.”