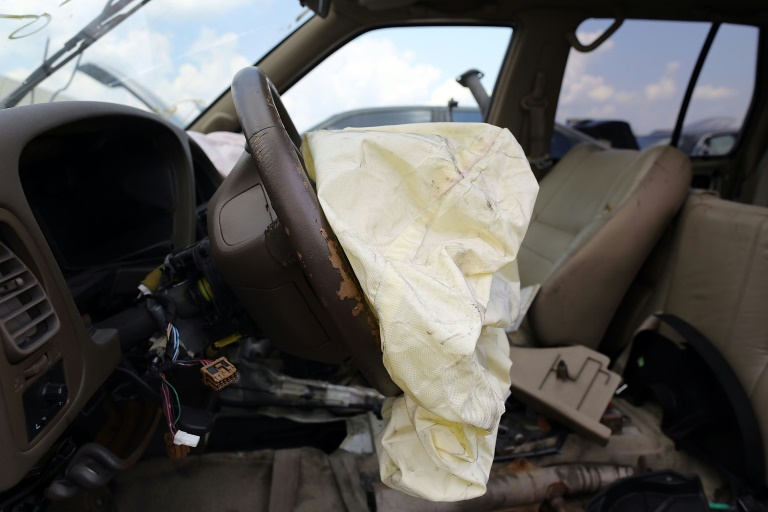 Autoparts maker Takata faced a further blow on Saturday, after carmaker Nissan followed Toyota and Honda in deciding to cease its use of the crisis-hit company’s airbag inflators.

Nissan said it will no longer use inflators that contain ammonium nitrate following an announcement from the US National Highway Traffic Safety Administration, which announced up to $200 million in penalties against Takata and criticised the Tokyo-based firm over a years-long deception over the safety of its airbags.

Takata’s airbag defect — thought to be associated with the chemical propellant that helps inflate the devices — can cause them to deploy with explosive force, sending metal shrapnel hurtling toward drivers and passengers.

The exploding airbags have been linked with eight deaths and scores of injures, and some 50 million vehicles worldwide have been recalled over the problem.

“In line with the recent announcement from the United Statesâ€™ National Highway Traffic Safety Administration we have decided to no longer use inflators containing ammonium nitrate in airbags for future models,” Nissan said in a brief statement.

“We will continue to put our customers’ safety first and work to replace the inflators in vehicles under recall as quickly as possible,” it said.

Toyota said, however, it might still use Takata airbags which do not contain parts that are associated with accidents.

After markets closed Friday, Takata reported a six-month net loss of 5.6 billion yen ($46 million) as costs stemming from the crisis pile up.