Home Sports Klopp message getting through at Liverpool, says Mignolet 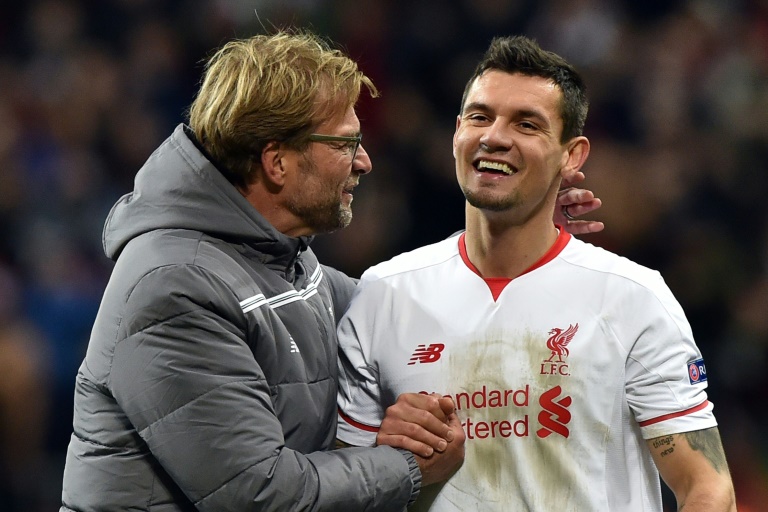 Jurgen Klopp’s message is gradually getting through at Liverpool with goalkeeper Simon Mignolet praising the German for following up draws in each of his first three matches with three successive wins.

The latest of those was a hard-fought 1-0 Europa League victory over Rubin Kazan in Russia on Thursday, a gruelling 5,000-mile round trip to the Republic of Tatarstan, from which Kloppâ€™s team only returned in the early hours of Friday.

More impressive, arguably, was the 3-1 Premier League win last Saturday over a Chelsea side who, for all the champions’ troubles this season, remain a notable scalp.

That victory at Stamford Bridge means that Liverpool go into the weekend four points outside the Champions League qualification positions, and with belief that a season that was beginning to run into trouble could yet bring reason for cheer.

Kloppâ€™s cheerful, positive personality certainly appears to have had as much of an effect on his players as his tactics.

“He has given the lads a lot of confidence and everyone knows what their job is,” said Mignolet.

“He is clear with his message. Everyone is organised, everyone knows what they have to do and we donâ€™t give anything away.”

The next big test for Klopp will be managing the turnaround following the trip to Russia, and ensuring his players are ready to face a Crystal Palace side who did the double over Liverpool last season, and have won at Stamford Bridge themselves this term.

Coutinho should be restored against Palace, having been left on the bench in Russia as a precaution because of a minor hamstring problem.

Klopp, though, will have to decide whether he can ask striker Benteke to start two games in four days because of a lack of other options in attack.

The Belgium international has only just returned to full fitness following a hamstring injury of his own, making his first start since September when he played against Rubin, but Roberto Firmino looked uncomfortable playing as a lone forward at Chelsea, while Danny Ings and Daniel Sturridge are injured.

Sturridgeâ€™s knee problem has kept him out of Liverpoolâ€™s last six games, although there are hopes he may be fit to return after the international break.

Crystal Palace have a good recent record over Liverpool, having scored three times in each of the last three matches with the Merseysiders in the Premier League.

Even though there are doubts over Connor Wickham and Dwight Gayle, Palace manager Alan Pardew believes he has enough in the attacking third to inflict a first defeat on Klopp.

“I thought their squad was a top four squad at the start of the season — and I have not changed my mind,” Pardew said.

“There is expectation there, for sure. Liverpool are off the back of a long trip and we want to put them under pressure.

“There is a high press from the team under Klopp’s management but we know that is coming and can cope with that. Philippe Coutinho has the ability to change the game.

“We need to try and capitalise on what they are not good at and defending is an issue that club has had for some time and we aim to exploit that. Weâ€™re looking forward to the game.”